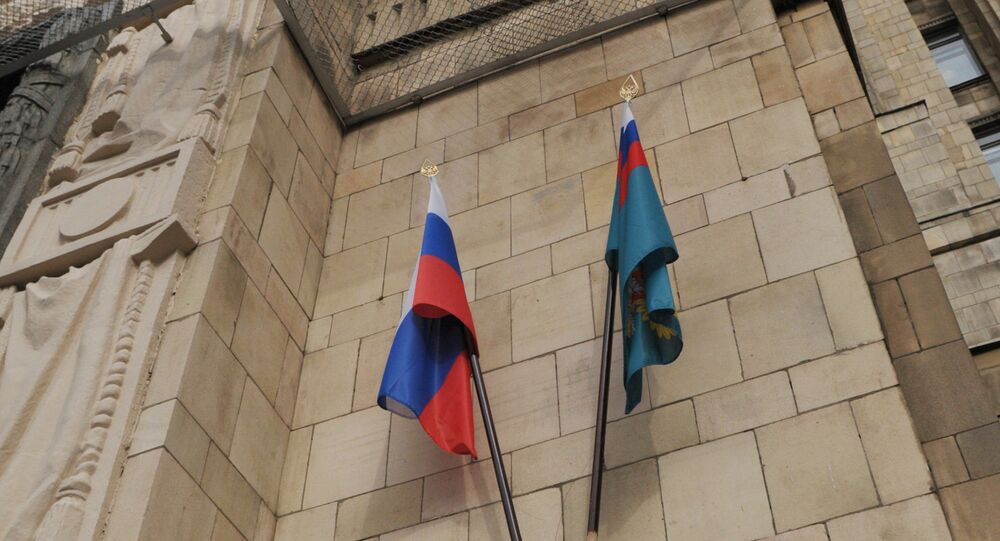 MOSCOW (Sputnik) - Russia considers the international meeting on security on the Korean peninsula, which is due to be held in Vancouver next week, inappropriate amid signs of improvements in the South-North relations, Russian Foreign Ministry spokeswoman Maria Zakharova said Friday.

"Frankly speaking, we cannot regard this idea other than the relapse of the Cold War mindset, especially inappropriate against the backdrop of the recent signs of a movement towards a dialogue between the North and South of the Korean Peninsula," Zakharova told during a briefing.

According to the spokeswoman, Moscow does not support the upcoming event, which resembles the "meetings of representatives of the member states to the coalition" which backed South Korea during the Korean War of 1950-1953.

"We do not consider it possible to support an event that could lead to an aggravation of the already tense situation on the Korean Peninsula … The goal of this event, announced by the Canadian organizers, namely, discussion of possible steps to further increase pressure on North Korea, also raises serious questions," Zakharova said.

She reminded that the UN Security Council had adopted the resolution 2397, which stipulated new restrictions against North Korea over its nuclear program, less than a month ago.

"However, unlike the Security Council that takes legitimate international decisions, which are binding for enforcement, on increasing pressure, sanctions imposed unilaterally or by a group of countries do not have any legal grounds," the spokeswoman said.

Commenting on Tuesday’s high-level talks between two countries, the spokesperson reiterated Moscow's position towards the conflict on the Korean peninsula by saying that Russia is ready to assist in enhancing dialogue between South and North Korea.

"The Russian Federation has repeatedly said that it is ready to assist in carrying out negotiations, the negotiation process, in the settlement," Zakharova stated.

She noted that Russia was advocating the idea of solely political and diplomatic settlement of tensions on the Korean Peninsula.

"We believe that only in this format, at the negotiating table, in a calm and normal atmosphere this very complex problem can and should be solved," Zakharova said, ruling out any possibility of a military option.

The summit, set to take place on January 16, will be co-hosted by Canadian Foreign Minister Chrystia Freeland and the US Secretary of State Rex Tillerson and will welcome ministers from 17 countries, including South Korea, India, Britain, France and the states that fought in the Korean War of 1950-53.

However, some key players will not participate in the event: North Korea itself, as well as Russia and China, which are opposing the event, urging the sides of the conflict to engage in talks and stop actions, which might potentially escalate it (proposing so-called "double-freeze" plan).

This peaceful initiative, proposed by Moscow and Beijing, urged Pyongyang, from the one hand, to declare a moratorium on nuclear tests and missile launches and South Korea and the US, on the other hand, to abstain from carrying out joint drills, in order to stabilize the situation on the Korean Peninsula.

However, both North Korea and the United States have shown a similar stance towards the plan, not responding to it.