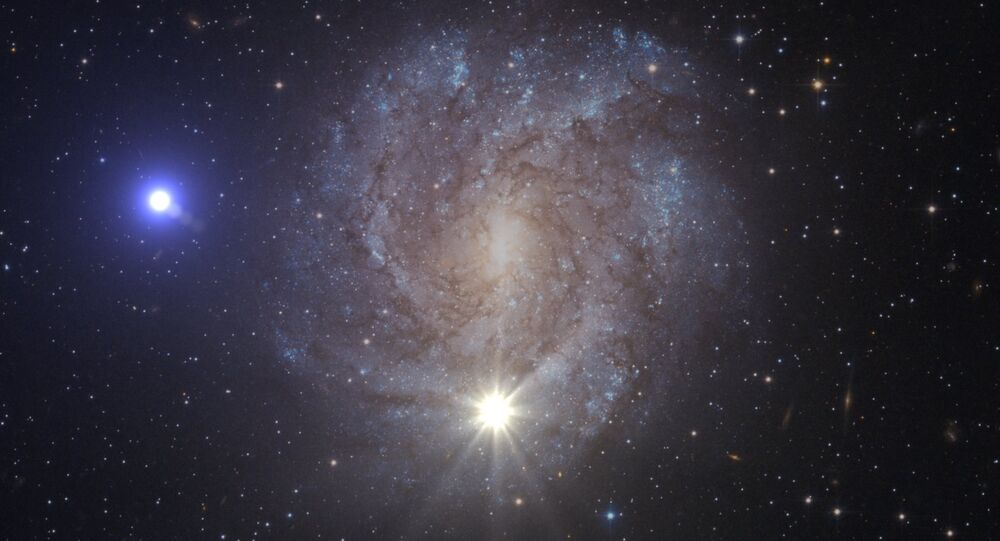 Scientists at the Tata Institute of Fundamental Research believe a 5,000 year old rock painting they have discovered in Burzahama region in Kashmir, India, could be the oldest sky chart ever drawn as well as the oldest record of a supernova.

The artwork on the rock that was found buried in a wall of an ancient house in Kashmir shows what appears to be a hunting scene under two bright objects in the sky, according to a study published in the Indian Journal of History of Science.

Having analyzed the drawing, researchers came to a conclusion that the two objects couldn't be the sun and the moon, because they were depicted very close to each other, and full moon can only appear in the sky at the same time as the sun when it's on the direct opposite side of the planet.

This 5,000-year old rock art found in India is likely the oldest depiction of a supernova https://t.co/cULgCaUJen pic.twitter.com/efYsM5efoC

© AP Photo
Ancient People’s 'Paradise' Discovered Just off Highway in Israel
​The lead researcher, astrophysicist Mayank Vahia, figured that one of the objects could be a supernova, the explosion of which nearby our solar system was visible on Earth around 3600 BC and the brightness of which would be comparable to that of the sun or the moon. Vahia and his team calculated that supernova HB9 that exploded sometime between 5000 B.C. and 2000 B.C. was the only one to satisfy the conditions.

The researchers also pointed out that the figures underneath the supernova and the moon on the rock painting neatly fit into the pattern of stars in the sky surrounding the supernova. Hunters represent Orion, deer represents Taurus, man holding the spear belongs to Pisces and the other animal on the right may be Andromeda and Pegasus. Therefore, the astronomers suggested that the rock art was likely an ancient sky chart and the oldest record of a supernova.

"We suggest that this is not a terrestrial hunting scene but is actually a sky-map giving the location of prominent constellations and the Moon on the day the supernova was first observed." Vahia said in the study.

But only one painting on a rock doesn't count as unquestionable evidence. To prove that it is not just a coincidence, Vahia needs to find another sky chart in the region, drawn for some kind of celestial event, such as comet passing or meteor shower. The astrophysicist is confident that discovering one is a question of time.