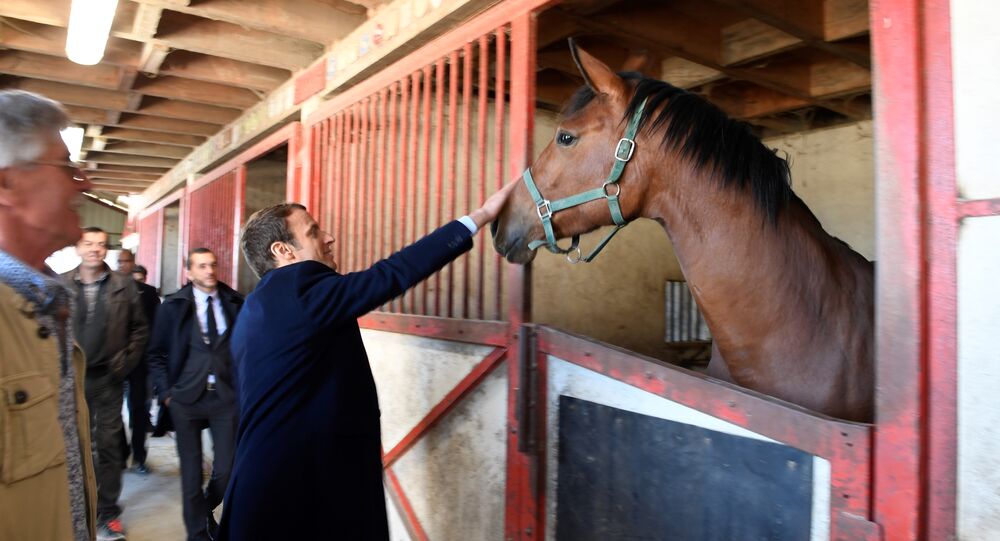 Macron is paying an official visit to China at the invitation of Xi, which will last until January 10. It is Macron's first visit to China since May 2017, when he became France's president.

"That's right, French President Emmanuel Macron is going to give Chinese President Xi Jinping a horse as a state gift. We express our gratitude to the French for this friendly gesture," Lu said at a briefing.

A retired horse named Vesuve de Brekka is an 8-year-old brown bay gelding who joined the Republican Guard in 2012. According to reports, the animal has already been transferred to China to undergo quarantine.

The tradition of giving animals as a present is quite popular in the international arena. For example, China is known for its so-called "Panda diplomacy." Beijing has been using pandas as diplomatic gifts for many centuries. However, Chinese officials are only lending their pandas to the zoos all over the world in order to protect the species.

In 2012 Beijing lent a couple of pandas, Huan Huan and Yuan Meng, to France. In December 2017 France's First Lady Brigitte Macron assisted in the naming ceremony of a tiny panda, born from one of those on loan at a French zoo.

What's on the Agenda of French President Macron's First State Visit to China?