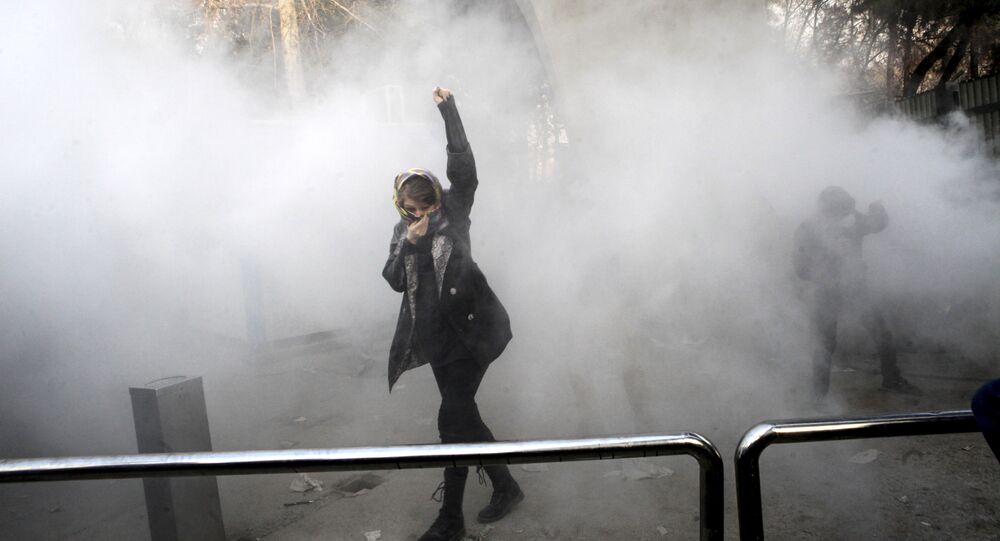 The Russian Foreign Ministry has expressed hope that protests in Iran will no turn violent, will not result in bloodshed.

Commenting on the current situation in Tehran, where the mass protests have entered their fifth day, the Russian Foreign Ministry said in a statement that interference from abroad in the situation in Iran is unacceptable.

"External interference [in Iran's internal affairs] which may destabilize the situation is unacceprable," the statement said.

READ MORE: Protests in Iran Continue as Tehran Urges People to Calm Down

© AP Photo /
12 People Reportedly Killed in Iran Amid Nationwide Protests
Several major cities in Iran, including Tehran, Mashhad, Isfahan and Rasht, have been engulfed by protests since December 28, 2017. The people have taken to the streets to protest against unemployment, poverty, and the rising cost of living, as well as policies of Iranian President Hassan Rouhani and Supreme Leader Ali Khamenei. According to media reports, the number of people killed in protests in the country has grown to 12.

A deputy governor of the Lorestan province in an interview on state TV aired on December 31 blamed "foreign agents" for the deaths of two demonstrators during the protests a day before.

"No shots were fired by the police and security forces. We have found evidence of enemies of the revolution, Takfiri groups and foreign agents in this clash," he said.

On Monday, Iranian Information and Communications Technology Minister Mohammad-Javad Azari Jahromi said that the restricted access to social networks in Iran amid ongoing protests against the government's economic and social policy is a temporary measure.