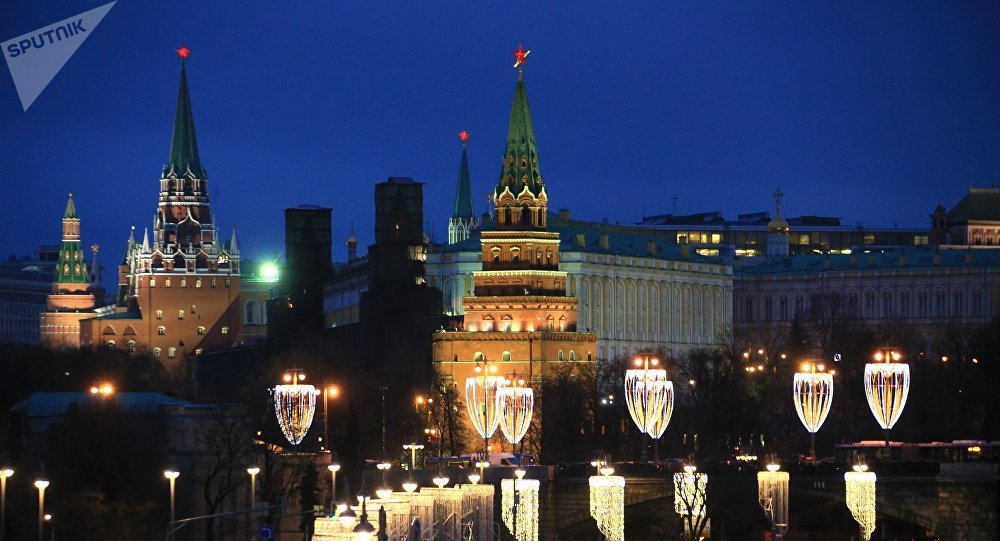 MOSCOW (Sputnik) - On the eve of the year 2018, Kremlin spokesman Dmitry Peskov spoke about main results of the outgoing year, commenting on relations between Russia and the US, the implementation of Minsk peace agreements and even mentioning the way Vladimir Putin will celebrate the New Year's Day.

The investigation of ties between US President Donald Trump's representatives and Moscow is an internal affair of the United States, but in this case it harms relations with Russia, Peskov told reporters Friday.

"We have repeatedly stated our opinion on this, this anti-Russian hysteria, which is inflated and escalated, and is maintained… in the United States. We, in fact, continue to be bewildered in connection with the ongoing investigations, and this, of course, is the internal affair of the United States, but in this case, of course, this is doing damage to our bilateral relations, and we regret this," he said.

Peskov's comments come after Trump said in an interview with The New York Times published Thursday that the investigation made his country "look very bad" and that it put the United States "in a very bad position."

Washington's position on Russia is regrettable, Moscow is ready to build relations, but US efforts are also necessary, Kremlin's spokesman said.

"Of course, Russian-American relations, let's say, the position that Washington takes with respect to our country, can not but cause regret. At the same time, you know the mood that the president has repeatedly voiced: we want and are seeking good mutually beneficial relations based on mutual respect, mutual trust with all countries, primarily with European ones, including the United States. But it takes two to tango," Peskov said.

© Wikipedia /
Russian Reduction of Open Skies Airfield Access to US May Reflect Worsening Ties
He called the situation in Russia-US relations one of the main disappointments of the outgoing year.

Russia-US relations deteriorated following accusations that Moscow meddled in the 2016 US presidential election by helping then-Republican candidate Donald Trump win the election. Moscow denied any interference calling the allegations absurd and repeatedly pointed to the lack of evidence.

Dmitry Peskov named on Friday the lack of progress in the implementation of Minsk accords on Ukraine among key disappointments of 2017.

"We can only express our regret over the lack of progress in the implementation of the Minsk agreements. You know our position, why the progress is hampered and because of whose unwillingness," Peskov told reporters.

© Sputnik / Stringer
Ukraine's Interior Minister: Minsk Agreements Sputtered Out, Calls for New Format
Kiev launched a military operation in the east of Ukraine in 2014, after local residents refused to recognize the new government that came to power in what they perceived was a coup. The ceasefire agreement was reached in Minsk in 2015, brokered by the leaders of the Normandy Four group, but the situation has remained tense. Washington and its allies accused Moscow of fueling the Ukrainian crisis, as well as of not doing enough to implement Minsk accords, and imposed several rounds of sanctions against Russia. Moscow has repeatedly refuted such allegations.

"He usually celebrates [the New Year] at home and usually does it in the circle of relatives and friends. You know that for him it is a family holiday," Peskov said.

However, there is possibility that the Russian president might have to work during the New Year holiday week, the spokesman noted.

"We cannot exclude anything. We are always on standby, basically at the workplace," Peskov said, while answering the question whether there are any work-related plans on Putin’s calendar during the holidays.

Russian General Staff Calls US Explanations on At-Tanf Base 'Unintelligible'