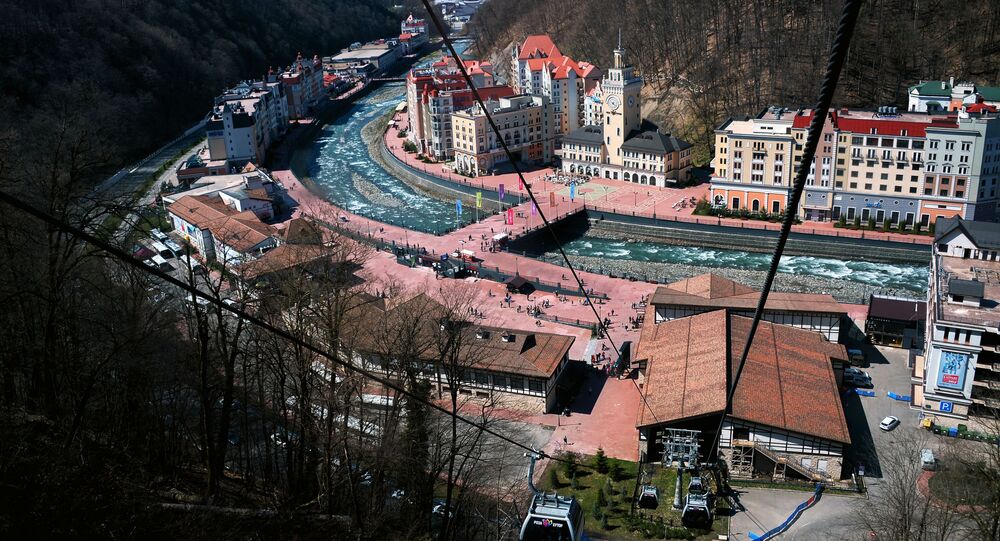 MOSCOW (Sputnik) - Syria’s armed opposition groups intend to shun the upcoming Syria National Dialogue Congress in Russia's Sochi because they are afraid that their western and regional allies may devoid them of backing if they join the conference, a representative of the Syrian Social Nationalist Party (SSNP), Tarek Ahmad, told Sputnik on Tuesday.

"This statement is an indicator that the United States, along with some European countries and some regional powers are disappointed with Russia’s recent military and diplomatic successes and a breakthrough between Russia, Turkey and Iran following last week’s eighth round of the Astana talks. The rebels, supported by these states, are afraid that they may lose the backing of their sponsors if they go to Sochi," Ahmad said.

According to the opposition figure, the upcoming Syrian National Dialogue Congress in Sochi could become an opportunity for a breakthrough in the negotiation process which reached a stalemate at the Geneva talks.

"We are rejecting in our statement not only Sochi but also the Astana process," Deiri said, stressing that the front does not accept any other platforms on Syria but the one in Geneva.

At the same time, member of the opposition Syrian Negotiations Commission (SNC) Ahmed Asrawi told Sputnik that the group has not decided yet whether it would participate in the congress in Sochi due to the lack of information about the event.

"[The decision on the SNC’s participation has] not [been taken] yet because we have no information about what's going to happen there. There is a lot to contemplate, we want to know for what reason the congress is held, what is this congress and what the result will be," Asrawi said.

He explained that the SNC has not received information about the event yet and did not know "for the sake of what" it should attend the Congress.

"Now there are no official contacts between the SNC and Russia. We are making efforts, but we do not know whether they will happen," Asrawi added.

About 40 groups of Syria's armed opposition spoke against participation in the national dialogue congress in Sochi and stated their commitment to the demand that Syrian President Bashar Assad must go, according to a communique issued by the opposition.

© REUTERS / Fabrice Coffrini/Pool
Syria's Armed Opposition Not Interested in New Astana Peace Talks
Following last week’s eighth round of the Astana talks, Russia, Turkey and Iran, the guarantors of the ceasefire in Syria, stated that that the Congress would be held in Sochi on January 29-30, 2018, with a special preparatory meeting taking place on January 19-20. The Syrian National Dialogue Congress will become the third format of reconciliation negotiations between the Syrian government and opposition, along with the Geneva and Astana talks.

On December 23, Russian Deputy Foreign Minister Mikhail Bogdanov told Sputnik that up to 1,700 people may participate in the congress. Bogdanov also said that the meeting's participants would form a constitutional commission, tasked with the reform of Syria's main law.