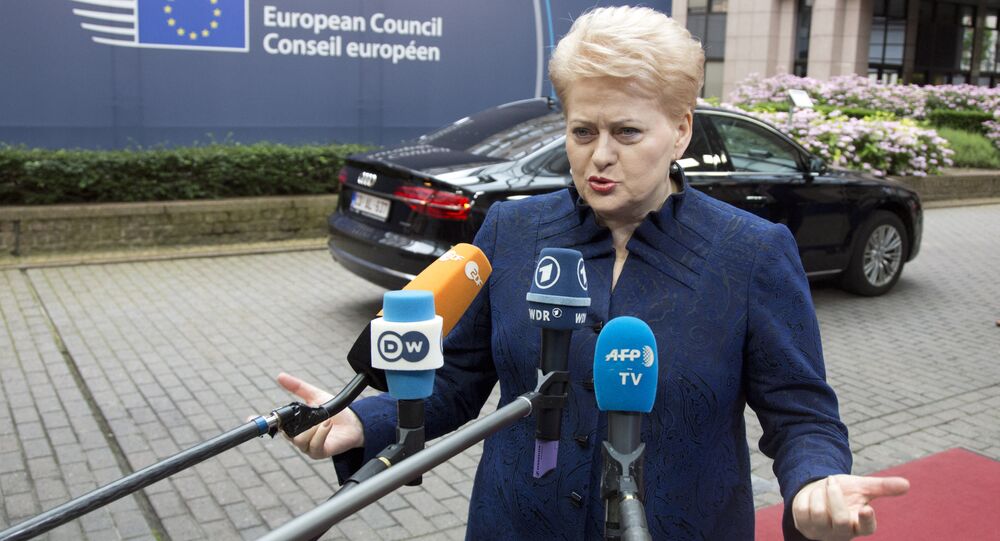 Russia Better to Cooperate With Rather Than Fight Against - Lithuanian President

VILNIUS (Sputnik) – Lithuanian President Dalia Grybauskaite on Sunday said, summing up the events of 2017, that it is better to cooperate with Russia, rather than to fight, expressing Vilnius' readiness to improve relations.

"Our neighbor [Russia] in the coming years will remain complicated, if the leadership remains the same, the situation might also remain the same, but I do not say that it is necessary to wash our hands of them and that dialogue is not needed. The situation is changing, including the geopolitical one… It is necessary to search for possibilities to be open to changes and to change a position where necessary without renouncing values, but I assume that it is better to cooperate rather than fight," Grybauskaite said in an interview to the 15min.lt online news outlet.

The Lithuanian president also mentioned several aspects, which hamper bilateral relations, including Russia's alleged occupation of territories, the use of force in its interests and meddling in other countries' elections.

"We always seek to be friends with our neighbors, as neighbors are not chosen, but the most important thing is that cooperation contributes to the protection of the state and people's interests. That is why it is important to cooperate, to trade, but not to fight," the president said.

The relations between Russia and a number of Western states have been tense since Crimea's rejoining Russia and even further deteriorated in light of accusations of Moscow's reported interference in other states' elections.

In April, the Lithuanian State Security Department and the Second Investigation Department under the National Defense Ministry issued a joint national security threat assessment, identifying Russia as one of the key threats to the security of the Baltic nation. Kremlin spokesman Dmitry Peskov responded to the report by calling it a result of a foreign-imposed "hysterical Russophobia."