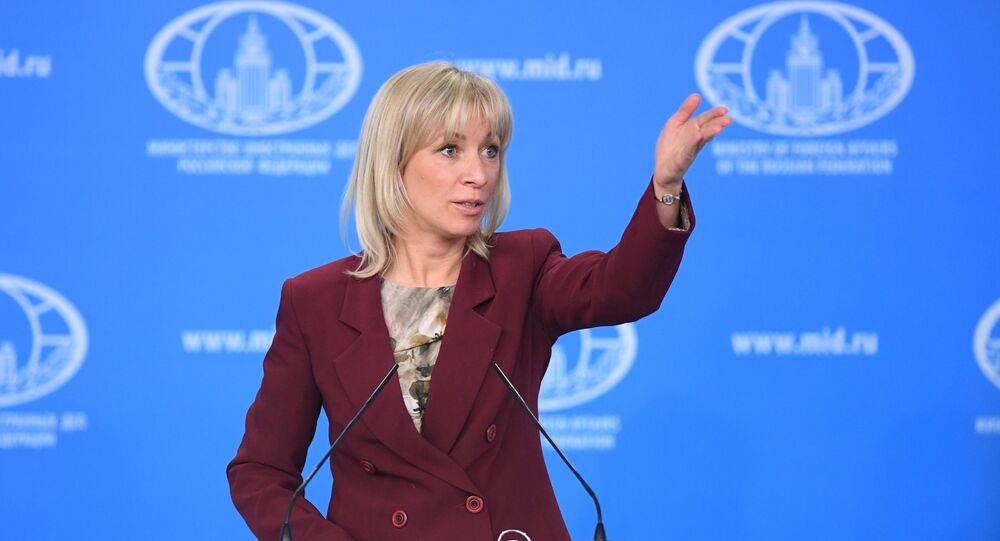 Careful What You Wish For: Russian Foreign Ministry Comments on Haley Prank Call

Shortly after a high-ranking US diplomat was duped by two notorious pranksters, the Russian Foreign Ministry contributed its own two cents to this exchange, pointing out that one should be careful with their desires.

Commenting on a phone conversation between US Ambassador to the UN Nikki Haley and pranksters posing as the Polish prime minister, Russian Foreign Ministry spokeswoman Maria Zakharova remarked that some intentions voiced by the American diplomat appear rather “shortsighted.”

"During a phone call with the ‘Polish prime minister’, the American diplomat said that the US continues to remind Russia of its place in the world. Do you (Haley) really want Russia to remember 'all of its places in the world?' That’s rather shortsighted," Zakharova wrote on her Facebook page.

© AFP 2021 / Jewel SAMAD
Nikki Haley's Fantasy Island: US Representative to UN Gets Served by Russian Pranksters (AUDIO)
Earlier, the notorious Russian prankster duo known as Vovan and Lexus called Nikki Haley and managed to trick her into thinking that she was speaking with Polish Prime Minister Mateusz Morawiecki.

During the phone conversation, the pranksters probed Haley’s opinion about the island nation of Binomo — a fictional country located in the South China Sea not far from Vietnam – and also inquired whether Haley had heard about the (fictional) claims made by Ukrainian President Petro Poroshenko about Hollywood celebrity Kevin Spacey harassing him in 2015.