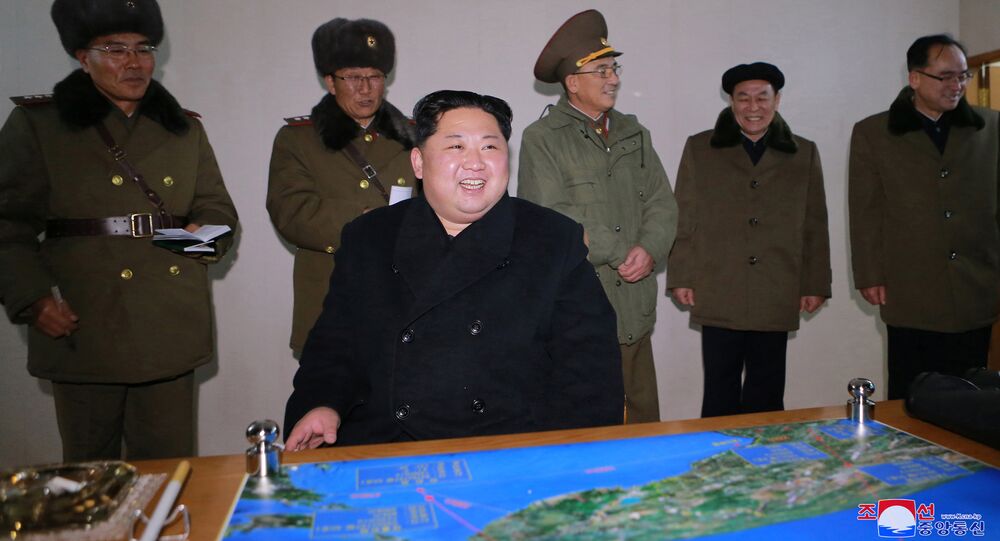 After months of tension between the US and North Korea, a new report states the Trump administration is mulling a strike against North Korea to give Supreme Leader Kim Jong-un a “bloody nose.”

"Well-placed" sources told the Daily Telegraph Wednesday that the US military is preparing to attack North Korea, which has tested ballistic missiles at a record pace in 2017.

The US attack could target missile launch sites or aim to destroy weapons and munitions depots, the news outlet said.

The strike could be similar to the one carried out by US forces against the Sha'irat airbase in Syria on April 7, the former security official with knowledge of the policy told the Daily Telegraph. In the Syria strike, US Navy vessels fired 59 Tomahawk long-range cruise missiles at the airbase.

"The Pentagon is trying to find options that would allow them to punch the North Koreans in the nose, get their attention and show that we're serious," the official said.

However, an attack on missile launch sites, while dramatic, wouldn't actually have much effect on Pyongyang's lethal capabilities, some note.

Some analysts are skeptical that such a plan is being considered by the Pentagon and the White House at all. "I think the source is off base and this doesn't reflect what's actually being seriously discussed," Aaron Stein, a researcher at the Atlantic Council, tweeted December 20.

Vipin Narang, a political science professor at the Massachusetts Institute of Technology, said on Twitter that "the notion in DC that you can give North Korea a ‘bloody nose' without the US or an ally suffering a severe stab wound in return is delusional."