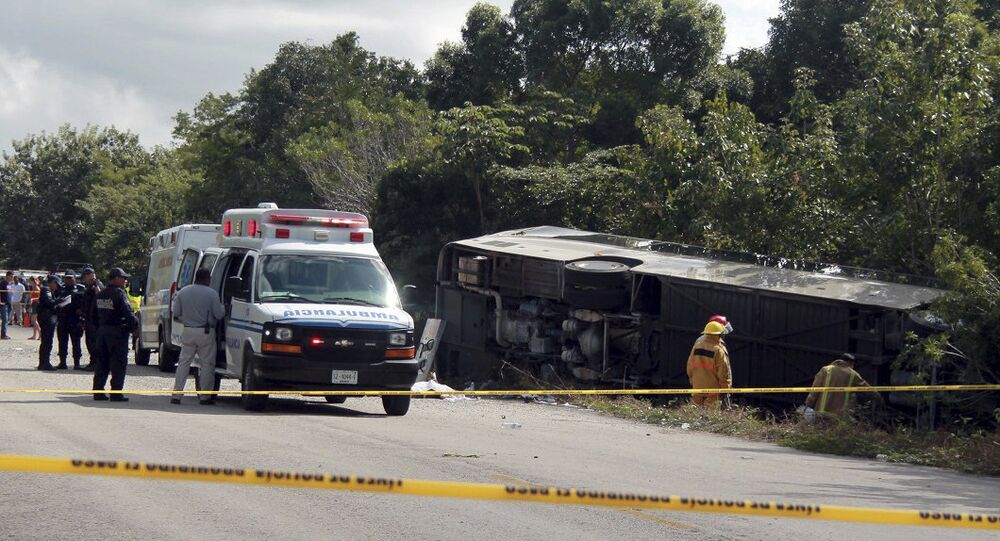 Multiple Americans were killed and several were injured when a tourist bus crashed in Mexico, US State Department spokesperson Heather Nauert said in a statement on Wednesday.

"We can confirm the deaths of multiple US citizens in [the] Mexico bus accident, and several injuries," Nauert said about Tuesday's crash.

Nauert added that the State Department has staff on scene to assist and would continue to monitor the situation.

We can confirm the deaths of multiple U.S. citizens in #Mexico bus accident, and several injuries. We express our heartfelt condolences to those affected by this tragedy. We are in contact w/ local authorities, have staff on scene to assist and will continue to monitor situation.

According to media reports, eight Americans, 2 Swedes, 1 Canadian and 1 Mexican are the victims of the crash.

The deadly accident occurred on December 19 when a bus carrying cruise ship passengers heading to Mayan ruins flipped over on a narrow highway in eastern Mexico.

According to initial information, only one identified Canadian citizen and a Mexican tour guide have been identified, with the nationalities of other victims not being confirmed until now.

The cause of the crash has been under investigation.