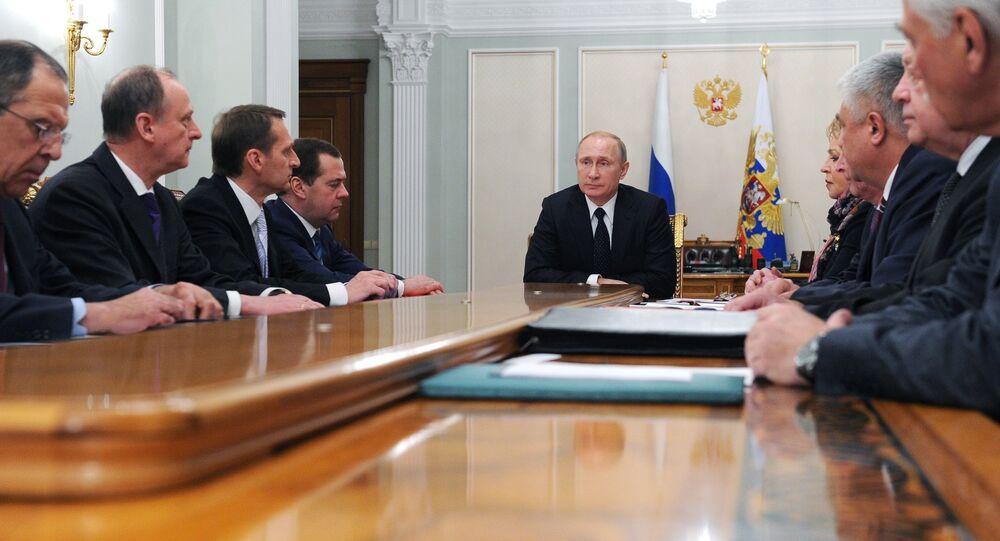 "These aspects of the new strategy will be taken into account in forming the former policy of ensuring national security of Russia,” he told reporters.

According to Patrushev, the Russian Security Council is examining the US strategy.

Additionally, all references to Russia in the new US National Security Strategy  are nased unfounded accusations and may lead to potential threat to global stability, he said.

"This is especially evident in the reference to our country as one of the main threats to US security. In general, all references to Russia in the document are reduced to unfounded accusations. The implementation of the goals and objectives outlined in the document, including the strengthening of the global positions of the United States through the use force, may pose a potential threat to international and regional security", Patrushev said.

The statement came a day after the Kremlin commented on the newly-adopted US National Security Strategy saying that "a brief reading of the strategy, especially the sections, regarding Russia, demonstrates "the imperial nature of the document and absense of desire to refute the unipolar world." However, the Russian Foreign Ministry, Moscow is still ready for partnership with the United States but without Washington's attempts to dictate to Russia and interfere in its domestic affairs.

The new US National Security Strategy, announced by Donald Trump on December 18, reflects the president's "America first" position and is aimed at returning the country to "unrivaled power," with four main principles: protecting the US populace and the homeland; promoting US prosperity; preserving "peace through strength" and a strong military; and increasing US influence abroad.

The document calls Russia a "revisionist power" that "wants to shape a world antithetical to US values and interests," with the country's alleged ambition and growing military capabilities, which are claimed create an unstable frontier in Eurasia and increase the risk of conflict.