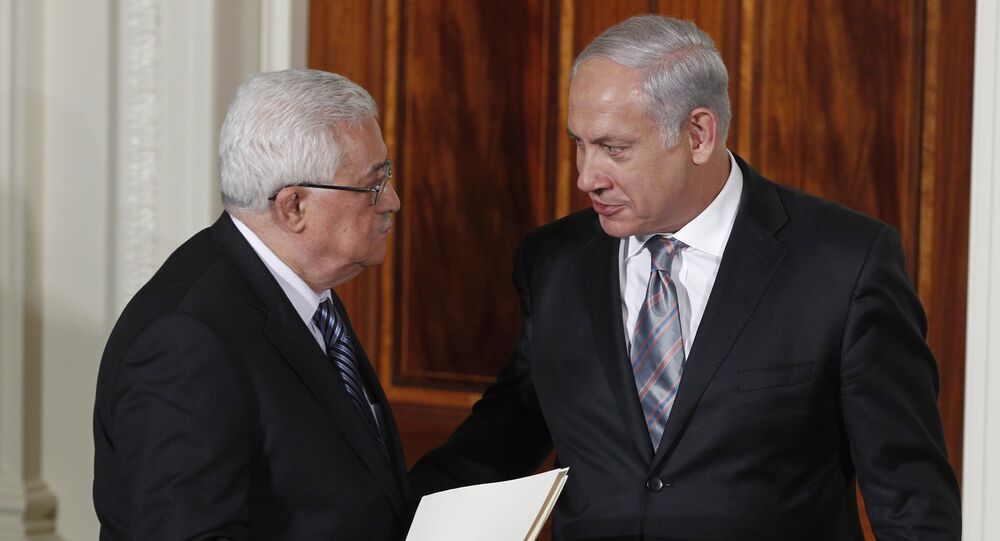 MOSCOW (Sputnik) – Russia is concerned about the situation in Jerusalem and will do everything in its power to bring it to a constructive direction, Russian Foreign Minister Sergei Lavrov said on Tuesday.

"At this stage, we are rather concerned about the situation regarding Jerusalem… We will continue doing everything necessary to return the situation to a constructive direction which would promote the beginning of talks," Lavrov said at a meeting with Nabil Shaath, a Palestinian presidential adviser on foreign policy issues and international relations.

"Within the framework of the Russian-Palestinian dialogue, as well as during our contacts with Israel, and during the contacts of the quartet of international mediators with the Middle Eastern nations, we always promote the necessity of a prompt start to direct talks, in order to find a solution acceptable to all and based on the well-known UN decisions," Lavrov added.

The Russian foreign minister stressed the importance of "achieving a specific result in the Egypt-mediated contacts between Fatah and Hamas, as all-Palestinian reconciliation, as well as the restoration of Palestinian unity."

© AP Photo / Tsafrir Abayov
IDF: Rockets Fired at South Israel Landed in Gaza, Hamas Accountable
While Hamas controls the Gaza Strip, located on the eastern coast of the Mediterranean Sea, another territory, the landlocked West Bank, is partially controlled by Israel and partially by the Palestinian National Authority and is led mainly by the Fatah party. During reconciliation talks between the two rival movements in October, the sides reached an agreement aimed at strengthening the Palestinian unity.

The minister went on to say that the next meeting of the Russia-Palestine intergovernmental commission would take place in early 2018 in Palestine.

Earlier in the day, Palestinian delegation member Abu Layla told Sputnik that the visit was being planned for a long time, but President Donald Trump's decision to recognize Jerusalem as Israeli capital "changed the rules of the game" since the United States couldn't be regarded as the mediator of the peace process in the region anymore, with the meeting set to be dedicated to this issue as well.

US Vetoes Resolution on Jerusalem

Commenting on the US veto on a resolution condemning Trump's decision on Jerusalem, the Russian Foreign Ministry has stated that it is "regrettable" that Washington "again demonstrates approaches which run counter to the will of the international community and blurring the international legal basis for the Middle Eastern resolution."

Following US President Donald Trump's controversial decision on the recognition of Jerusalem as the capital of Israel, Egypt drafted a resolution, saying that any "decisions and actions which purport to have altered the character, status or demographic composition of the Holy City of Jerusalem have no legal effect, are null and void and must be rescinded."

The statement comes a day after the US vetoed the resolution during the meeting of the United Nations Security Council, with the Russian deputy envoy to the UN saying that Moscow is ready to become an "honest mediator" of the Israeli-Palestinian settlement.

Trump's move has provoked the condemnation of Muslim states and countries backing the two-state solution, as well as sparked mass outrage across the Arab world, leading to the escalation of the Israeli-Palestinian conflict, with Hamas, the Palestinian Islamic fundamentalist organization, announcing the beginning of the third "intifada."