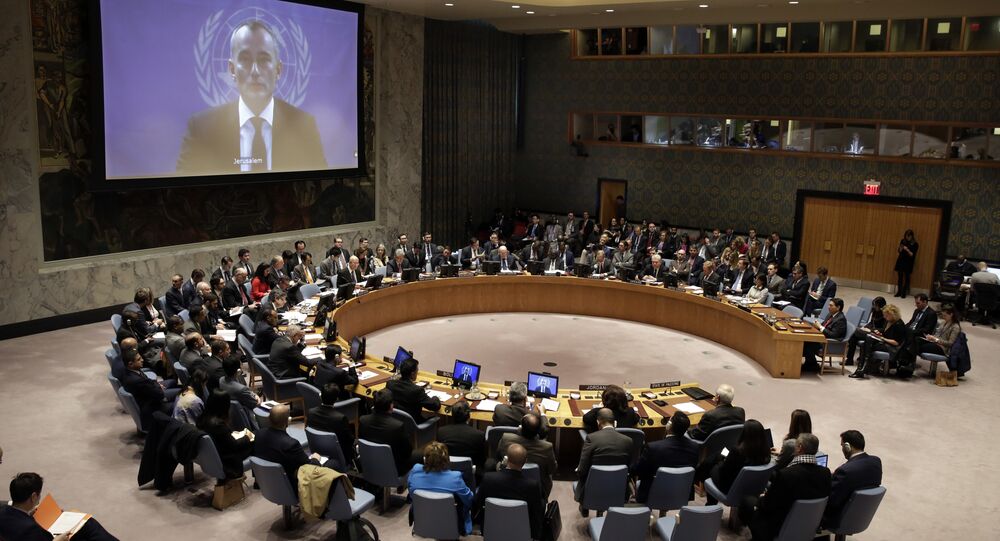 Washington’s move to block a UN Security Council resolution aimed at legally voiding any unilateral decisions on the status of Jerusalem has been condemned by Iran and Turkey.

The Iranian ambassador to the United Nations, Gholamali Khoshroo, slammed the veto on Monday, saying, "The US wishes to remove solving Palestine's problems from the UN's agenda by twisting reality and misleading public opinion."

He added that it was yet another example of Washington’s hostility towards Muslims and the free world, according to PressTV.

In turn, Iranian Foreign Ministry spokesman Bahram Qassemi said the veto violates the rights of Palestinians and contradicts the interests of regional peace and stability.

"With its unwise and provocative move of officially recognizing Jerusalem al-Quds as Israel’s capital, the US showed its lack of adherence to international resolutions," Qassemi said.

At the same time, Turkish President Recep Tayyip Erdogan has vowed to take the resolution to the UN General Assembly, saying that "a two-thirds support in the General Assembly would actually mean the rejection of the decision made by the Security Council."

The Turkish Foreign Ministry has also condemned the move, saying in a statement the US has lost its "impartiality" and the veto left the UN Security Council "in a state of failure."

The statement added that the fact that the 14 other Security Council members approved the resolution is "the most concrete indication of the illegitimacy" of Washington’s decision on the status of Jerusalem.

On Monday, the US vetoed a resolution on Jerusalem, which was supported by the 14 other UNSC members, including Washington’s allies the United Kingdom, Italy, France and Japan.

© AP Photo / Amir Cohen, Pool
Netanyahu Grateful for US Veto on Jerusalem Resolution, Sets Twitter Ablaze
The Egyptian-drafted resolution said that any "decisions and actions which purport to have altered the character, status or demographic composition of the Holy City of Jerusalem have no legal effect, are null and void and must be rescinded."

The resolution was submitted to the Security Council last week, following US President Donald Trump’s decision to recognize Jerusalem as the capital of Israel and move the US Embassy from Tel Aviv to the city.

The move has led to the aggravation of the Israeli-Palestinian conflict and clashes between the Palestinians and the Israeli police. On December 12, Palestine’s Hamas movement announced the beginning of a third "intifada" against Israel.

Trump’s decision has also drawn international criticism, including over its expected negative consequences for the Israeli-Palestinian settlement.