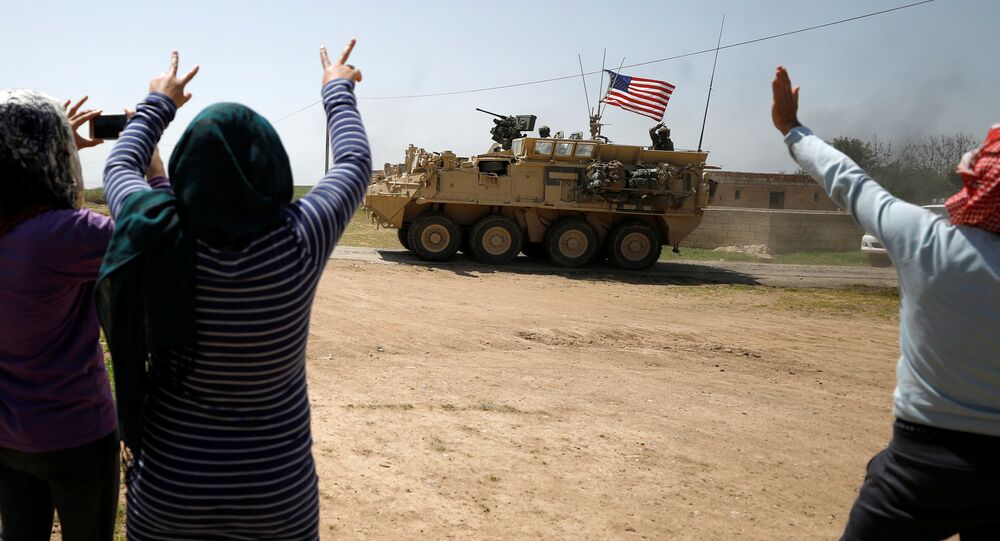 US instructors are training new military formations in the Syrian province of Al Hasakah in order to counter Russia, first Deputy Chairman of the Russian upper house Committee on Defense and Security Frants Klintsevich said Saturday.

MOSCOW (Sputnik) — First Deputy Chairman of the Russian upper house Committee on Defense and Security Frants Klintsevich said on Saturday that training new military formations in the Syrian province of Al Hasakah by US instructors is being carried out in order to counter Russia, which is considered by Washington as the main geopolitical rival.

Earlier in the day, the Russian Center for reconciliation of opposing sides in Syria said that the US instructors were training new armed groups of the New Syrian Army composed of various terrorist groups, including Daesh at the refugee camp in Al Hasakah.

"Almost the same thing the United States was doing in 1980s during the war in Afghanistan, when they trained terrorists and incited them against the Soviet Union. It seems like the time has stopped for the United States. Today's Russia, like the Soviet Union 30 years ago, is regarded by them as the main geopolitical rival, in a fight with whom all means are acceptable," Klintsevich said, as quoted by his press service.

© Sputnik / Alexei Filippov
Former US Ambassador to Russia 'Shocked' by Trump's Phone Call to Putin
At the same time, US President Donald Trump is trying to avoid most radical forms of confrontation, according the lawmaker.

"But he [Trump] is really incapable of changing the US political system. The training militants by US instructors is underway," Klintsevich added.

In the Syrian civil war, which has been raging for over six years, Russia is supporting the legitimate government headed by President Bashar Assad while the western countries are insisting on his resignation and providing support for various opposition groups.

US to Continue Deconflict With Russia After F-22A, Su-25 Incident