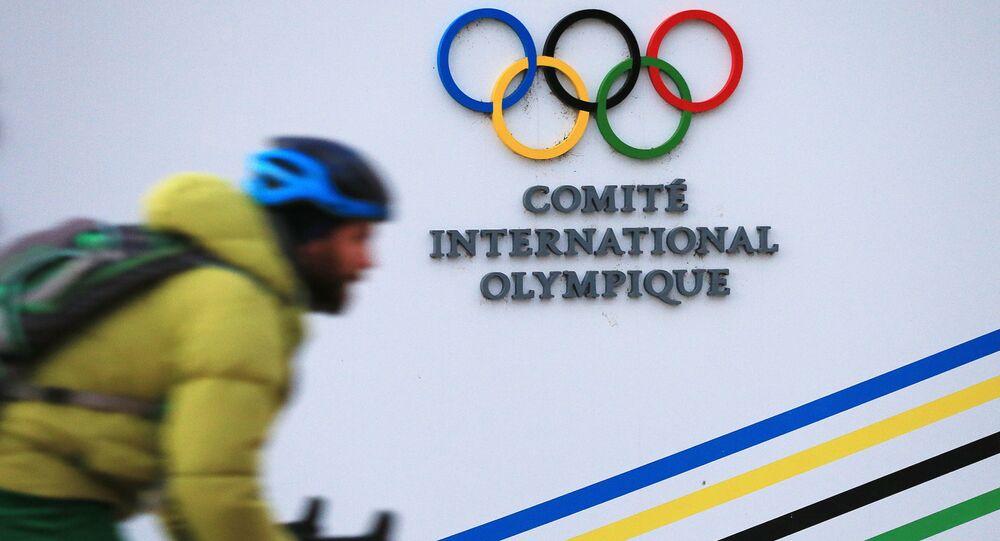 Emblems of the 2022 Winter Olympic and Paralympic Games in Beijing have been unveiled on Friday.

MOSCOW (Sputnik) — The Organizing Committee of the 2022 Winter Olympic and Paralympic Games in Beijing on Friday held a presentation of the official emblems of the two major sports events, the International Olympic Committee (IOC) said in a statement.

"On Friday 15 December, the Beijing 2022 Organising Committee (BOCOG) unveiled the official emblems of the Olympic and Paralympic Winter Games Beijing 2022 at a ceremony at the National Aquatics Centre in the Chinese capital," the statement said.

According to the statement, the emblem of the Olympics, inspired by the Chinese character used for the word "winter," resembles a skater.

​The statement added that the emblem of the Paralympic Games was inspired by the Chinese character used for the word "fly" and resembles a wheelchair athlete moving toward the finish line.

​Beijing was chosen to host the 2022 Winter Olympics at the summer 2015 IOC session. The first winter Olympics in china will he held in February 2022 in the country's capital and several towns of the Hebei province.