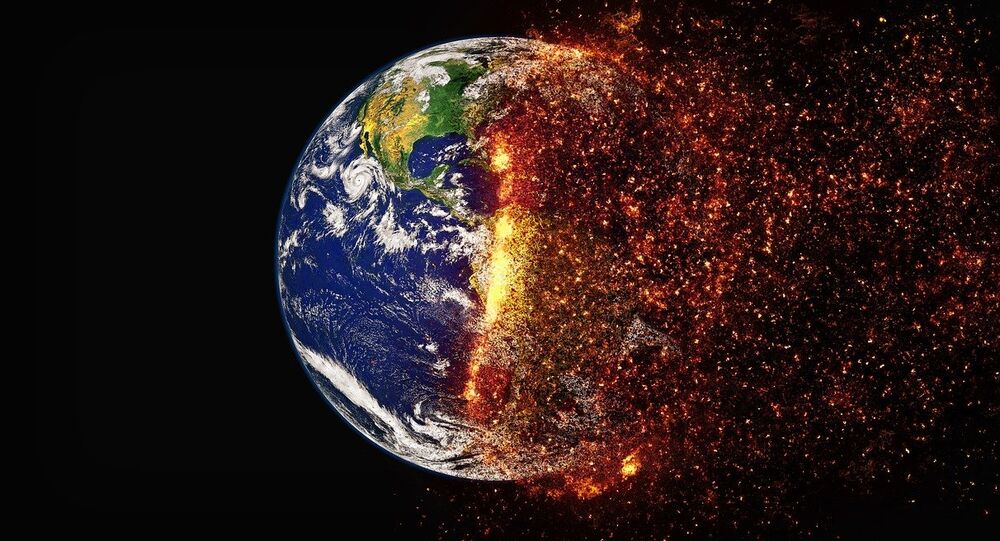 On December 12, French President Emmanuel Macron hosted the One Planet Summit, where leaders gathered to call for concrete action to implement the 2015 Paris climate deal and raise both public and private funds to fight climate change.

Some 127 counties participated in the summit, although several key leaders were missing. These included German Chancellor Angela Merkel and Chinese President Xi Jinping. US President Donald Trump was not invited after pulling his country out of the climate pact, aimed at reducing greenhouse gas emissions and curbing global warming.

NO MORE OIL OR GAS LOANS

© AFP 2021 / SHAUN CURRY
UN Patron for Oceans to Try 400-Mile Swim to Draw Attention to Climate Change
One key announcement which came under the spotlight of the summit was the World Bank's pledge to stop financing upstream oil and gas exploration starting in 2019.

Exceptions were only made for the poorest countries, "where there is a clear benefit in terms of energy access for the poor and the project fits within the countries’ Paris Agreement commitments."

The World Bank Group also promised that 28 percent of its lending would go to climate action by 2020.

French insurance giant AXA stated that in order to support the fossil-fuel phaseout it will divest 2.4 billion euros ($2.8 billion) from companies that derive more than 30 percent of their revenues from coal, have a coal-based energy mix exceeding 30 percent, or produce more than 20 million tons of coal per year.

The EU commissioner for climate action and energy, Miguel Arias Canete, unveiled a multibillion plan to fund three major areas of sustainable development under the EU external investment plan and encouraging investment in partner countries in Africa and the EU neighborhood region.

The commissioner announced a number of climate-related priority areas of investment, including sustainable cities and sustainable energy, which are expected to produce about nine billion euros ($10.6 billion) of investments after 2020.

© AP Photo / Thibault Camus
'Pick Up the Slack': Schwarzenegger Committed to Fighting Climate Change
Paris Mayor Anne Hidalgo announced a new Urban 20 climate initiative, uniting the mayors of G20 countries' major cities. It will operate within the framework of G20 summits beginning with the next gathering in Buenos Aires in 2018.

According to the Paris mayor, the initiative aims to improve the efforts of the international community to attract investment to the struggle against climate change, clean energy and recycling.

Under the Climate Action 100+ initiative, more than 200 major investors will work closely to push for greater climate awareness among the world’s largest corporate greenhouse gas emitters.

Large-scale investors, such as Europe's largest bank by assets, HSBC, will make sure that polluters — oil and transport giants such as BP, Airbus, Volkswagen, and corporations such as PepsiCo, and Nestle — cut emissions and continue climate-related disclosures.

President Macron said he wanted One Planet Summit to be held annually as a follow-up on the commitments made by the governments and businesses, and to parallel annual Conference of the Parties (COP) gatherings on climate change.