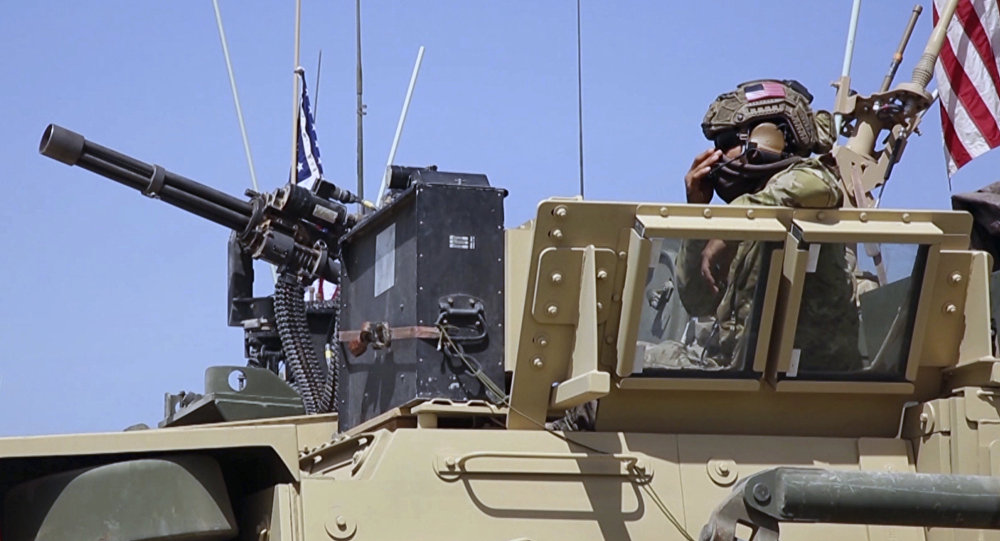 WASHINGTON (Sputnik) — On Monday, Russian President Vladimir Putin ordered the withdrawal of Russian troops from Syria to their permanent bases after over two years of an anti-terrorist aerial campaign. The US-led coalition's press office said more fighting will take place to eliminate the remaining pockets of terrorists in the Middle Euphrates River Valley.

According to the Defense Manpower Data Center's recent quarterly report, there were 1,720 US troops in Syria, three times as many as previously reported. US Defense Secretary James Mattis has claimed that the United States has authority to operate in Syria despite the fact Damascus never invited them.

"Seeking to maintain the American military presence will continue to risk possible collision with the Russians, a risk fraught with dangers that far outweigh any conceivable benefit [to] the United States," former foreign policy adviser to Senate Republican leaders Jim Jatras said.

According to Jatras, the destruction of Daesh terrorist group provides the Trump administration with an opportunity to end the expensive and potentially inflammatory US military presence in Syria, a presence that is without any justification under international law.

© AP Photo / Hassan Ammar
Russia Pulling Out Troops From Syria, What's Next? Five Things You Should Know
While Trump was consistently committed to using military power to destroy Daesh, he had always been ambivalent about keeping US troops within Syria to support militant forces fighting the Damascus government, Jatras pointed out.

The Defense Department would certainly like to maintain a presence in the northeastern Kurdish-held area indefinitely, Jatras added, to pressure Damascus on a future political settlement and block the Iran-Iraq-Syria-Lebanon "Shiite land bridge."

US forces remain entrenched in Kurdish enclaves within Syria, but they are increasingly isolated by resurgent Syrian forces establishing order around them and by neighboring states concerned about preventing renewed unrest by the Kurds within their own borders, Jatras observed.

"It depends on the Kurds’ willingness to bet their lives on assurances from Washington, a self-evident loser for them," he said. "The Kurds will have to play ball with Moscow and Damascus, and the stage will be set for a political settlement."

The New Yorker magazine reported on Monday the Trump Administration is now prepared to accept President Bashar Assad’s continued rule until Syria’s next election in 2021. State Department spokesperson Heather Nauert on Tuesday, however, said that the United States still believes Assad should step down.

The views and opinions expressed by Jim Jatras are those of the analyst and do not necessarily reflect those of Sputnik.