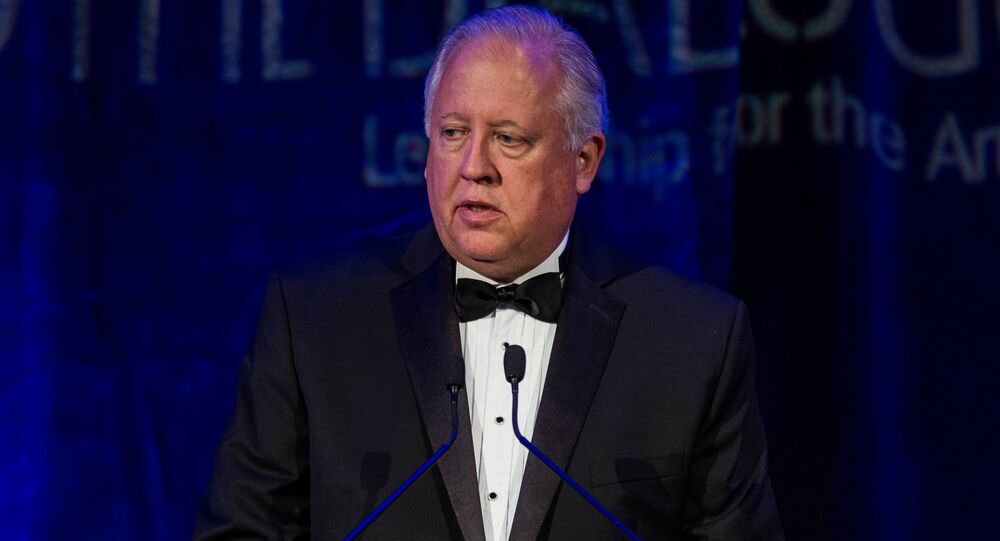 Under Secretary of State for Political Affairs Thomas Shannon will lead the United States' delegation at a meeting on the Iran nuclear agreement in Vienna.

WASHINGTON (Sputnik) — The US State Department said in a press release on Tuesday that Under Secretary of State for Political Affairs Thomas Shannon will lead the country's delegation at a meeting on the Iran nuclear agreement in Vienna on December 13.

"Under Secretary of State for Political Affairs Thomas A. Shannon will lead the US delegation to the Joint Comprehensive Plan of Action (JCPOA) Joint Commission meeting in Vienna on December 13," the release said.

© AP Photo / Czarek Sokolowski
Arms Race in the Gulf: US Pits Region Against Iran – Scholar
Despite the fact that the International Atomic Energy Agency, which monitors the implementation of the Iran nuclear deal, repeatedly confirmed Tehran's compliance with the terms set by the multilateral agreement, US President Donald Trump announced the "serious shortcomings" of the accord in mid-October, and threatened to pull out of the deal if it wasn't reconsidered.

The US lawmakers will now be deciding whether to reimpose the sanctions on Iran that were lifted as part of the nuclear deal.

Erdogan on Arms Supplies to YPG: 'Is US Going to Use Them Against Russia, Iran'?