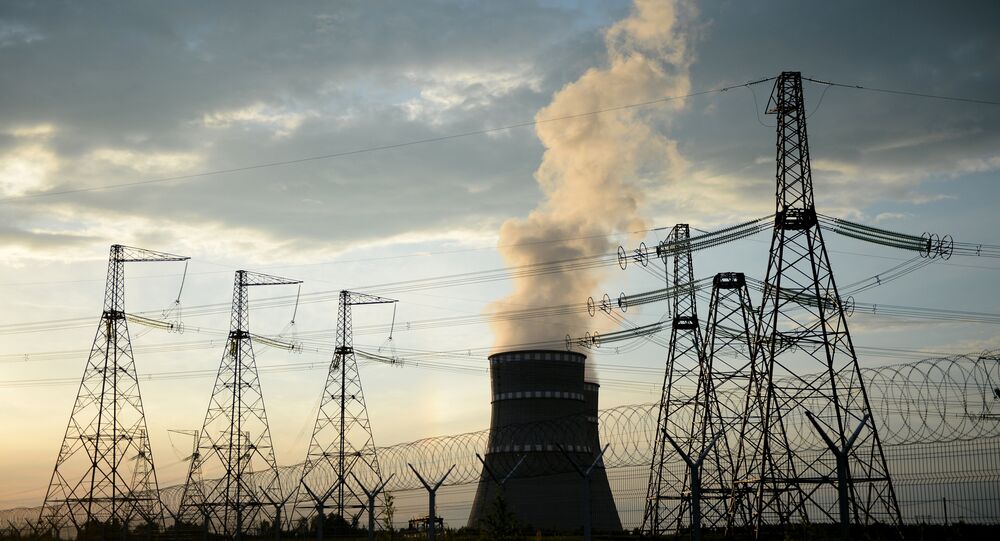 Egypt's Dabaa NPP Unit 1 Scheduled to Be Commissioned in 2026

The first unit of Dabaa nuclear power plant (NPP), which will be built in Egypt with Russia’s assistance, is expected to be commissioned in 2026.

MOSCOW (Sputnik) — Russian state-run nuclear corporation Rosatom said Monday that the first unit of Dabaa NPP, which will be built in Egypt with Russia’s assistance, is sheduled to be commissioned in 2026.

Earlier in the day, Rosatom Director General Alexey Likhachev and Egyptian Energy Minister Mohamed Shaker signed decrees to bring into force commercial contracts on the construction of Egypt’s first NPP. The documents were signed in the presence of the Russian and Egyptian presidents – Vladimir Putin and Abdel Fattah Sisi, respectively.

"The first unit of the El Dabaa NPP is to be commissioned in 2026," Rosatom's press service said.

© AP Photo / Arun Sankar K., File
Russian-Designed Kudankulam NPP in India Works at Full Capacity - Source
Rosatom will build four VVER-1200 units of the Dabaa NPP in the Matrouh region on the Mediterranean coast and supply nuclear fuel throughout the plant’s operational lifetime, the press service specified. Furthermore, Rosatom will train the NPP’s personnel and assist the Egyptian partners in the operation and maintenance of the nuclear plant during the first 10 years.

A separate agreement stipulates that the Russian side will construct a purpose-built storage and supply containers for storing spent fuel, the press service added.

"The contracts we’ve signed are a record-breaking deal in the history of the nuclear industry. The total cost of all four contracts amounts to billions of US dollars, also being the biggest non-feedstock deal in Russian history," Likhachev said, as quoted in the press release.

Rosatom's press service noted that the construction of the Dabaa NPP would serve as the incentive for Egypt’s industrial development, as dozens of Egyptian companies are expected to participate in the project. In addition, Rosatom is expected to provide assistance to its Egyptian partners in developing the nuclear infrastructure, raising the level of project’s localization, training of personnel and improving the public opinion on nuclear energy.