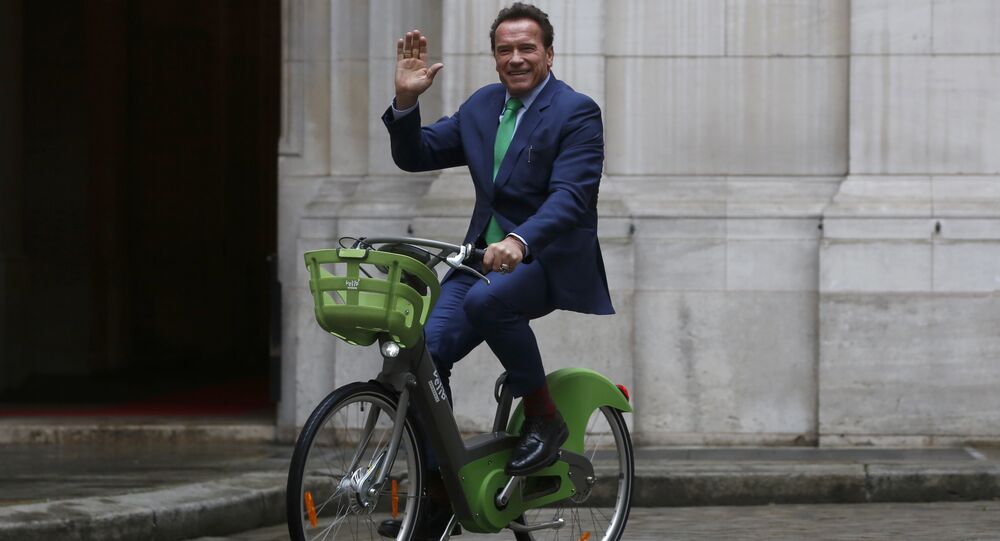 'Pick Up the Slack': Schwarzenegger Committed to Fighting Climate Change

Hollywood star and former California governor took a spin on an electric bike Monday in Paris as he prepares to attend the One Planet climate summit Tuesday hosted by French President Emmanuel Macron.

Arnold Schwarzenegger isn’t giving up hope on making a positive change in terms of the Paris climate accord.

Although his president has pulled out from the Paris accord, Schwarzenegger argued that Trump’s decision doesn’t matter because companies, scientists and other governments can “pick up the slack” to curb global emissions.

He called on the environmental activists to instead focus on efforts to eliminate pollution because of its health risks.

French President Emmanuel Macron is hosting an international summit Tuesday to mark the second anniversary of the Paris climate agreement.

Previously Macron urged Trump to reconsider the US withdrawal from the Paris climate accord, a move that has been widely criticized by environmental activists and world leaders.