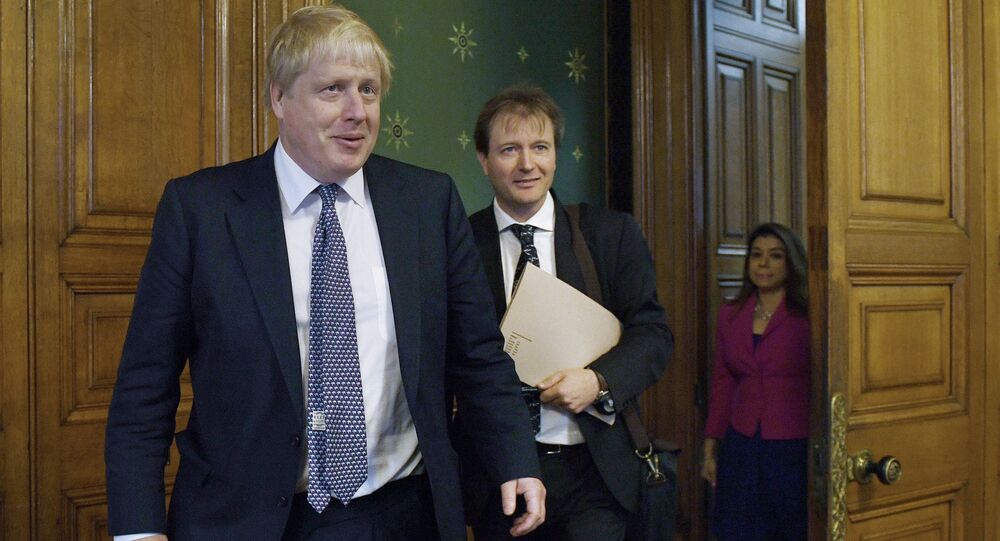 Boris Johnson's upcoming visit to Iran will be the third trip of its kind to the country by a British Foreign Secretary since 2003.

Later this week, UK Foreign Minister Boris Johnson will travel to Tehran in a bid to secure the release of a female Iranian-British national.

38-year-old charity worker Nazanin Zaghari-Ratcliffe, who was arrested in Iran in April 2016, is charged with plotting a "soft" coup against the Iranian authorities.

Media reports said that Johnson is unlikely to get the go-ahead from Iranian authorities to visit Zaghari-Ratcliffe in prison due to the fact that Tehran does not recognize her dual British-Iranian citizenship and keeps UK government officials from getting access to her.

Also on the agenda of Johnson's visit will be developing Iranian-British relations and Tehran's implementation of the Iran nuclear deal.

Johnson's visit to Iran, which will be just the third such trip by a UK Foreign Secretary since 2003, comes amid the worldwide public uproar caused by US President Donald Trump's recognition of Jerusalem as Israel's capital.