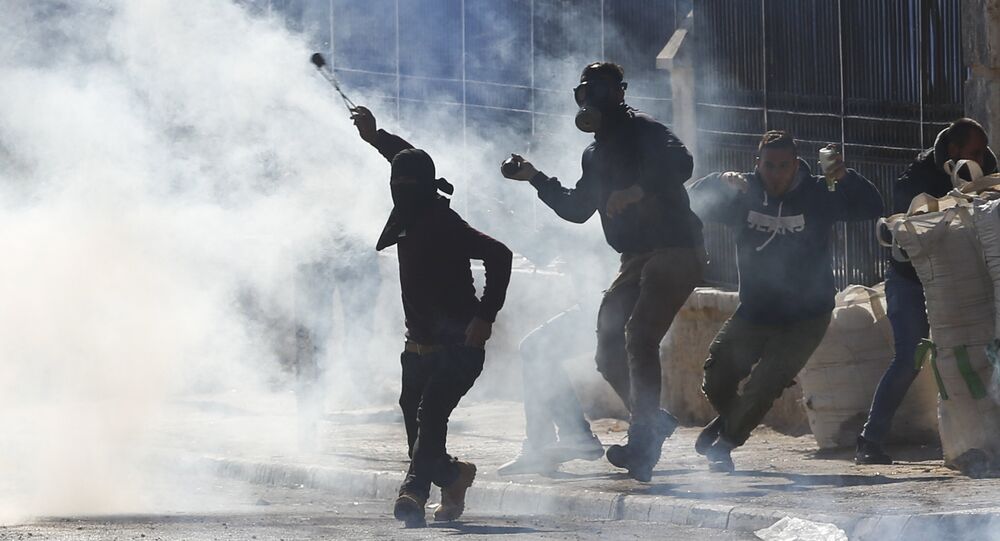 Clashes erupted between the Palestinian protesters and Israeli security forces amid the massive outrage with Trump's decision to recognize Jerusalem as the Israeli capital. According to the latest information, over hundred people have been injured in the ensuing confrontation.

Earlier, Palestinians leaders' called for a so-called ‘day of rage’ after Friday prayer, to express their disagreement with US President Donald Trump's decision to recognize Jerusalem as the capital of Israel, local media reported. Earlier Hamas' leader even called for a new intifada – an uprising against Israel.

Israeli police have reinforced their presence in Jerusalem, while the Israel Defense Forces have deployed additional troops to different locations across the West Bank, The Times of Israel said. At the same time, Israeli authorities did not announce any plans to impose restrictions on Muslim worshipers praying on the Temple Mount in Jerusalem.

Israeli security forces are, in particular, concerned about a possibility that the so-called lone wolf attackers may try to stage terrorist attacks, the publication said.

Trump announced Wednesday the recognition of Jerusalem as the capital of Israel and instructed the State Department to begin preparations for the transfer of the US Embassy from Tel Aviv. He also urged other countries to follow the US move.

Ismail Haniyeh, the leader of the political bureau of the Palestinian Hamas movement declared Friday a "day of rage" and the beginning an uprising over the US move.

An emergency UN Security Council has been called for this Friday to discuss the Israeli-Palestinian peace process in light of the US policy reversal, condemned by the UN chief and world leaders.