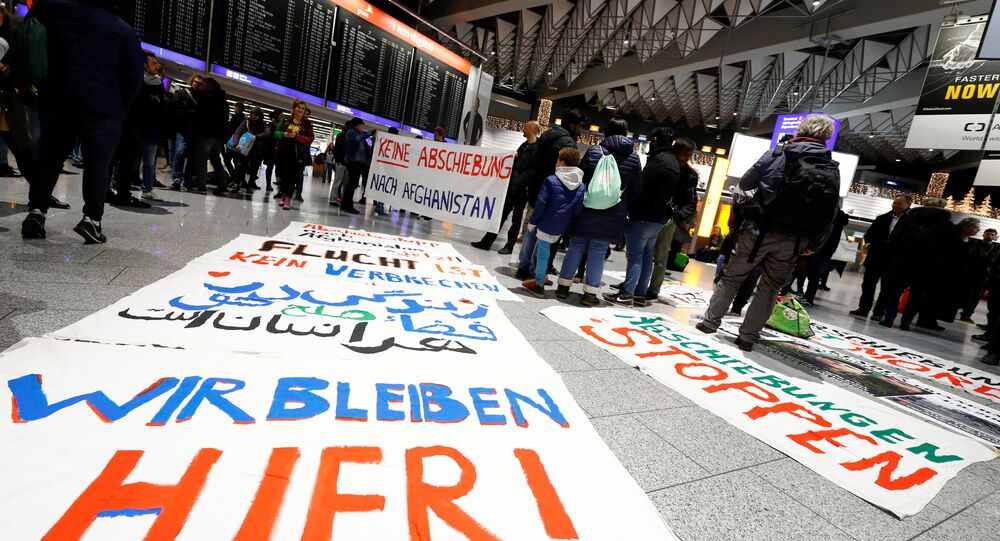 No Means No: German Pilots Thwart Dozens of Refugee Deportations

German pilots have effectively prevented over 200 deportations of migrants and refugees this year simply by grounding planes, for as-yet unclear reasons.

A total of 222 planned deportations from Germany that were scheduled to take place between January and September 2017 were not carried out because the pilots responsible for transporting the deportees to their countries of origin refused to take off, according to media reports.

The figures were apparently obtained via a Freedom of Information request and released by The Left (Die Linke), one of the country's smaller political parties.

Most of the failed deportation flights were bound for Afghanistan, which is regarded by Germany as a "safe country of origin."

© AFP 2020 / Christof Stache
Get Out, Please: Berlin Now Offers Migrants Money for Leaving Germany
Some 140 of the cancelled flights were supposed to be carried out from Frankfurt Airport, and about 85 of the failed deportations were to be conducted by Lufthansa and its subsidiary Eurowings.

Lufthansa spokesman Michael Lamberty pointed out that the decision whether to carry a passenger or not is ultimately made by the pilot on a "case-by-case" basis.

"If he or she had the impression that flight safety could be affected, he must refuse to transport the passenger," the spokesman said.

However, the exact reasons that caused pilots to abort these flights remain unclear.