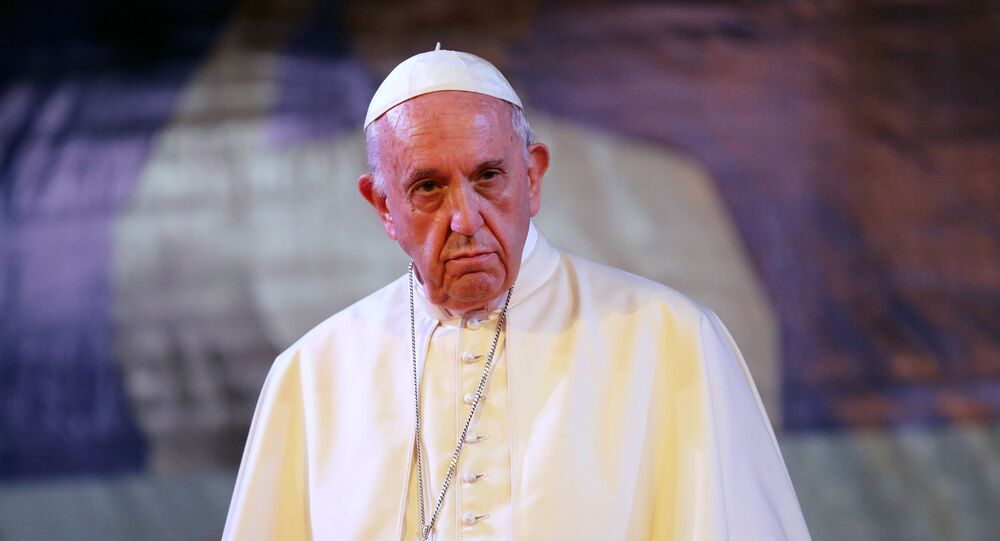 Pope Francis on Jerusalem: 'I Pray to God That Prudence Prevails'

Hours before Donald Trump is likely to announce his decision on recognizing Jerusalem as Israel's capital, Pope Francis has expressed his concern over the situation developing around the city.

Pope Francis in his weekly address urged to preserve Jerusalem's status quo in accordance with the UN resolutions, noting that the city is "a unique place, sacred for Jews, Christians and Muslims," which thus holds a "special vocation for peace."

"I pray to God that this identity is preserved and reinforced, for the sake of the Holy Land, the Middle East and the whole world, and that wisdom and prudence prevail," he added.

The pope's appeal comes a day after he held a telephone conversation with Palestinian leader Mahmud Abbas against the background of US President Trump's looming decision on moving the US diplomatic missions from Tel Aviv to Jerusalem and recognizing the latter as Israel's capital.

© AP Photo / Office of the Iranian Supreme Leader
Iran's Supreme Leader, Hamas Blast US Plan to Relocate Its Embassy to Jerusalem
The legal status of Jerusalem has been contested ever since 1947 when the UN adopted a plan to divide Palestinian territories into Arab and Jewish states, with Jerusalem being a separated body under the UN authority.

Nowadays Israel and Palestine both claim sovereignty over parts of the city and demand Jerusalem as their capital, neither of which being widely recognized in the international arena.