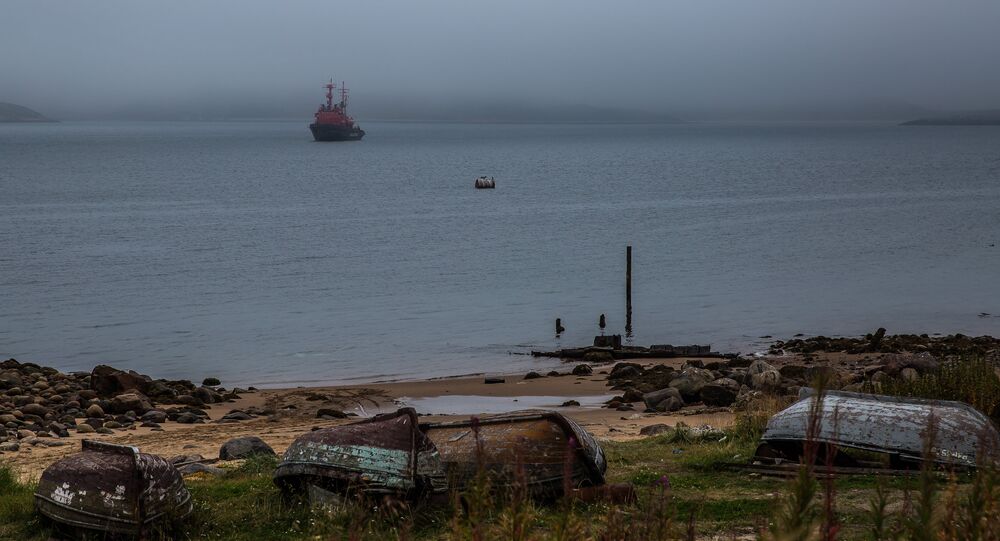 As the International Arctic Forum has kicked off in Russia’s Saint Petersburg on Monday, Sputnik has debated with Paul Logchies, Head of LLC Windlife Kola Vetro LL1 wind energy company, their prospects and most inspiring achievements on the Kola Peninsula.

Sputnik: Hi Paul. We are glad to welcome you here, in the Sputnik studio. I’d like to learn more about your project(s) in the Murmansk region. As far as I know you’ve been working on it for a long time  — for about 10 years, right?

Paul Logchies: Ten years ago we got the first contacts with the Kola Science Center. The Center has studied the winds, speeds in the Kola Peninsula. And they came to the conclusion that the wind is phenomenal. That’s the main reason why we ended up in the Murmansk region.

Sputnik:  As far as I understand, a lot of energy can be generated in this way, with wind turbines. How much energy, according to your estimates?

Paul Logchies: According to the reports done by UNDP in late 1999, there is space for 1,200 megawatts of wind turbines.

Sputnik: And, so that our listeners could better understand it, how much is that? Is it enough for a city, or a small town?

Sputnik: Is it completely green?

Sputnik: Is the construction of a wind power plant is equally harmless? As you know, a big part of this forum is devoted to ecological issues, and year 2017 has been declared "the year of ecology" in Russia.

Paul Logchies:  We’ve been studying this subject for the last ten years, we’ve done many reports – environmental reports, geological reports. Yes, it is harmless, as the area has a very good infrastructure, with the roads going from Murmansk to Teriberka, it’s a good one, we can use it and thus not alter the environment at all.

Sputnik: This is very important, right now. So, how many turbines are going to be there? As far as I know about 80?

Sputnik:  The project took a lot of time, as you also said — about 10 years to bring it to this stage, when your company is cooperating with Enel [construction company], as far as I know.

Paul Logchies: Yes, we made an agreement only this year with Enel company  to carry out the project. Enel will be the main investor in the total CapEx of the windpark.

Sputnik: Is the Russian government going to invest some money into the project?

Paul Logchies: The Russian government is not going to invest any money in the project: they do agree to the project, and we went through a tender process in order to obtain government’s capacity support.  Once we have it installed, and we are generating power.

Sputnik: What were the obstacles on your way, the long way you’ve come?

Paul Logchies: The main difficulty was legislation in this country. When we started 10 years ago nobody ever heard of wind energy. Russia is a country where oil and gas are streaming out of the ears, so it’s difficult for people to look at other sources of energy production. It took until early 2013 that the government finally put in the legislation which was required. Now, you see it over the last two years, that wind energy overall in this country is growing exponentially.

Paul Logchies: 2019? I don’t think you’ll see a lot of changes from where we are right now. But at the present time, there are three wind turbine manufacturing companies which are setting up production in this country, and it’ll take about two years for them to start producing the first wind turbines. After 2019, I would say within the course of two or three years you will see over a thousand megawatts being installed all over this country.

Sputnik: Are you interested maybe in some other regions except the Murmansk area, Teriberka? In the Russian Arctic there are a lot of places where there is a lot of wind which you can use to generate energy.

Paul Logchies: When you look at the wind atlas of this country, Northern Russia has a lot of wind potential. And wind is necessary to have an economically viable project. We would look further to the north of this country. Many developers are looking to the southern parts of Russia, but my problem with the southern part is that there’s no wind. There is a lot of solar energy, which is good, but it’s not my business. And in Northern Russia there are enough places where you can install wind parks.  And thereby you can take care of the environment a little bit more than you do right now with oil and gas coming on shore  and just polluting everything.

Sputnik: And the project in Teriberka costs, as far as I know, about 330 million dollars?

Paul Logchies: That is correct.

Sputnik: Is it the whole sum?

Paul Logchies: The estimate of the total CapEx of the project will be 330 million US dollars.

Paul Logchies: We are trying not to. Within the wind industry costs are decreasing, not increasing. So, it’s getting cheaper overall all over the world.

Sputnik: As far as I learnt from your previous interviews, the capacity factor, or operating rate of the wind power station in Teriberka can reach 41 percent, while in Germany, for example, it’s just 18.

Paul Logchies: Well, that’s correct. Well, it’s slightly higher in Germany. But in northern Russia we do have this incredible figure of 41 percent.

Sputnik: Are you going to have any benefits from this project?

Paul Logchies: I certainly hope so. We’ve worked here for ten years already, and we’ll be in the project for another four years. And then we’ll commission and we’ll see what it’s generating.

Sputnik: It’s cooperation, not competition between you and your project, and Enel Russia?