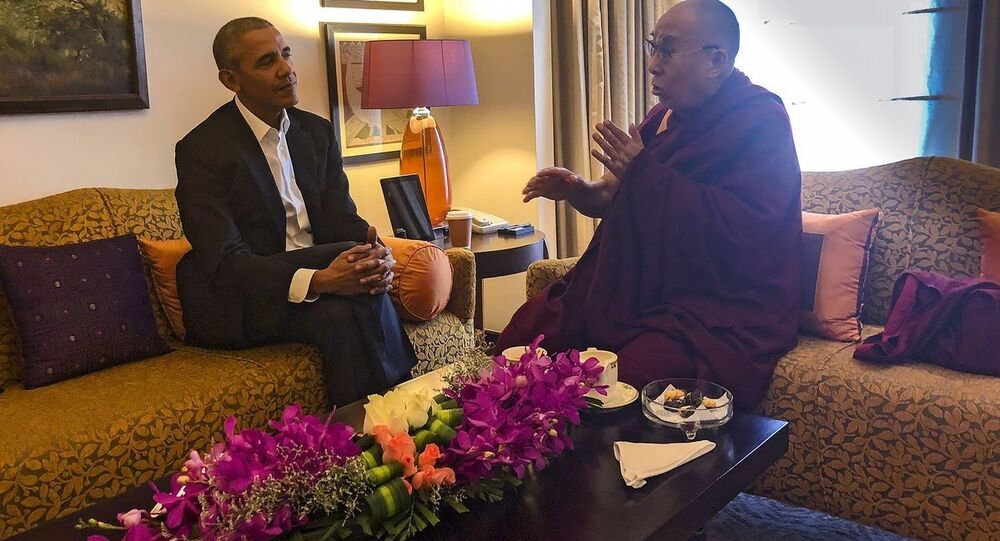 Former US President Barack Obama on Friday sat down with the Dalai Lama in in New Delhi, India, talking about "compassion and altruism," according to a statement released by the office of the Tibetan spiritual leader.

The sixth time that the two Nobel Peace Prize laureates have met, the meeting represents the first visit since Obama left office in January after two terms as US president.

The 44th president is currently on a five-day junket which will include visits to China and France.

In a statement by the Dalai Lama's office regarding the meeting, the spiritual leader of Tibet stated that his talk with the former US commander in chief was "very good," according to CNN.

"I think we are really two old trusted friends," the Tibetan leader siad, according to the Central Tibetan Administration, the Indian-based government in exile for Tibet, which was seized by China in 1959.

The Dalai Lama, now 82, retired as leader of the exiled Tibetan government in 2011 but is still the head of Tibetan Buddhists.

While president of the US, Obama's meetings with the Dalai Lama caused China to issue strongly-worded rebukes, declaring the Tibet spiritual leader to be a fraud.

Beijing does not acknowledge an independent Tibet and considers the Dalai Lama a non-entity.