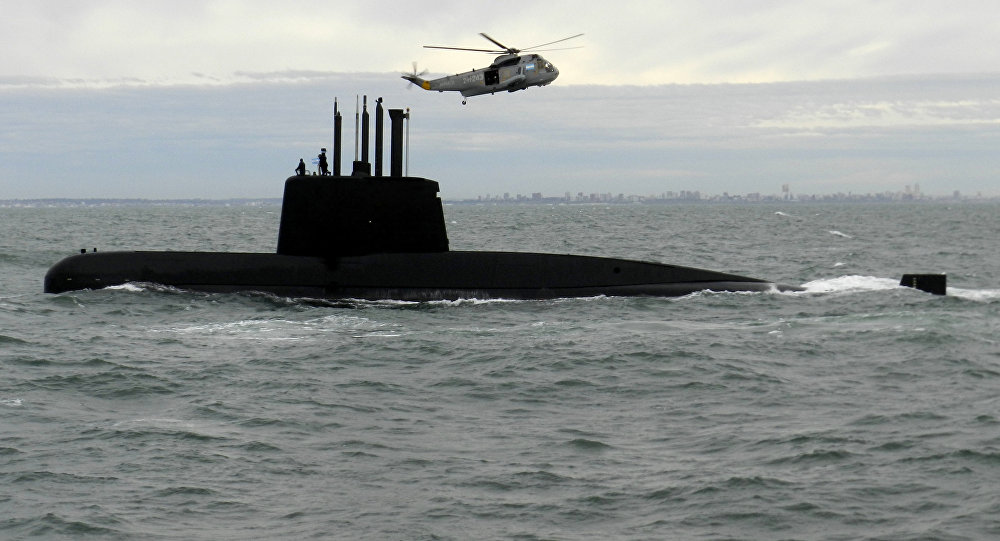 For a brief moment on Friday, at least a glimmer of hope appeared as four unidentified objects were spotted on the seabed, although the hunt for the missing sub had by this time already entered its third week.

Yet,  hopes were completely dashed after a blurry picture of one of the objects taken by Russia’s umanned Panthera plus, which has been combing the South Atlantic waterways, confirmed it was not the lost sub, the Argentine navy said.

"The contact [with the the prioritized object] established on November 30 with the help of the multi-beam echolocator from the Victor Angelescu ship was visually inspected by Panthera Plus, which led to the negative result as it is not a submarine," the Navy's statement, issued later on Saturday, said, referring to the search of the priority location.

The objects were found during a search at a depth of  477 meters (1,565 feet), navy spokesman Enrique Balbi announced on Friday, adding with sorrow that the depth is incompatible with human life.

One of the images was given a top priority on Saturday as it showed an object about 60 meters long located at 477 meters (1,565 feet) below the sea level. Meanwhile, the official data suggests the ARA San Juan is only six meters longer. 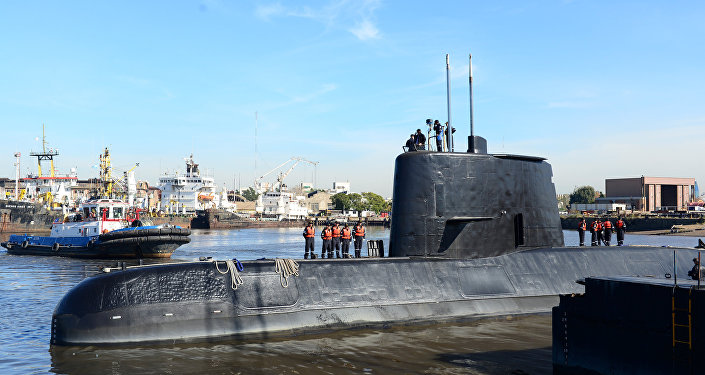 But after the image was verified, Argentina’s navy spokesman Enrique Balbi confirmed later on Saturday that it was not the submarine but a sunken fishing vessel.

Balbi said the search for the lost submarine would continue to focus on other signals of interest detected in parts of the South Atlantic where the vessel was last heard from.

Argentine officials announced the end of the rescue operation on Thursday, though adding the multinational search for the wreckage would continue.

"The extreme environment, the time elapsed and the lack of any evidence eliminates a scenario compatible with human life," Balbi said. "These are hours of intense pain and anguish [for the relatives] in light of the loss of their loved ones, our 44 comrades."

He noted that a total of 28 ships, nine planes and 4,000 people from 18 countries were involved in the sweeping search efforts in an ocean area covering 557,000 nautical miles.

Argentine Navy spokesman says the missing submarine search area is 20 times the size of Argentina's capital, Buenos Aires, and up to 3280 feet deep.

​The San Juan submarine with 44-strong crew onboard fell off the radar on November 15, while en route from the port of Ushuaia to the city of Mar del Plata off Patagonia. According to media, the crew members reported  some problems during their last established contact. One of the possible reasons for the sub to have disappeared is reportedly a battery fire caused by a leak, the recent evidence suggested.

"The Ara San Juan's Crew" (The Argentina Submarine lost at sea). TYSVM for your service! You will always be loved & fondly remembered! pic.twitter.com/PMUi8vfxAJ

​For the Argentine armed forces, this is biggest loss of life since the Falklands War in the 1980s, as well as the world's deadliest submarine catastrophe in since the sinking of the Russian Kursk.