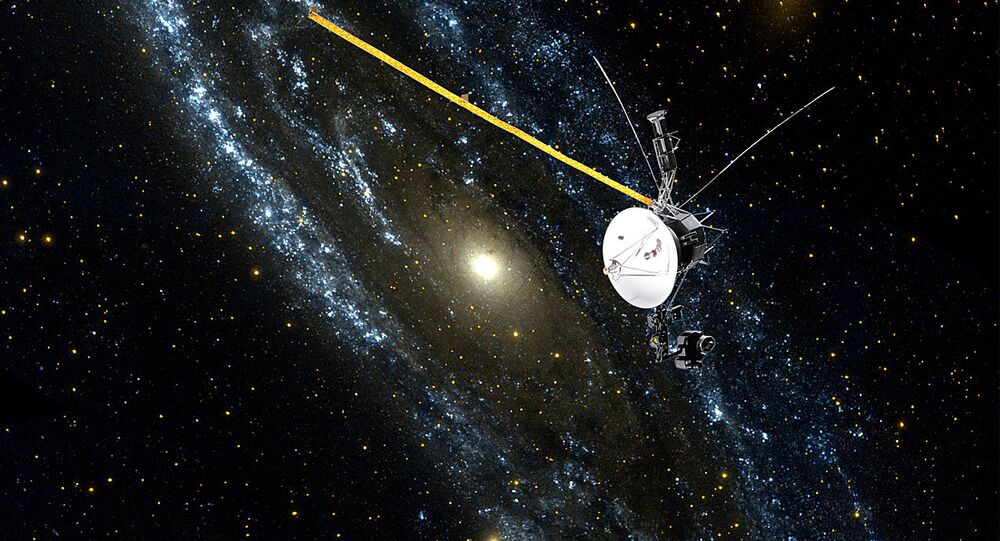 Humanity’s most distant spacecraft surprised its operators by answering the call to fire up rockets that have not been used in almost 40 years.

© CC0 / Pixabay
You Have One Missed Call From Space: Interstellar Video Streaming Could Be Real
As humanity's first visitor to interstellar space, NASA's Voyager 1 has revealed itself to be a trooper, answering commands that take almost 20 hours to arrive, and performing routine tasks and transmitting data back (another 20-hour one-way call) to the home planet.

Launched in 1977, the interstellar space probe Voyager 1 — a product of the US-funded NASA technology-incubation center, Jet Propulsion Laboratory (JPL), in California — has broken all records for spaceflight by travelling some 13 billion miles from the sun, farther than any man made device, while remaining a viable scientific platform.

Most recently, the spacecraft was signalled to testfire a set of four small rocket thrusters that have not been operational for 37 years, to see whether the device could be remotely oriented more efficiently. Voyager 1 performed flawlessly, sending the results of the testfires back to NASA's globally-positioned terrestrial Deep Space Network.

"The Voyager team got more excited each time with each milestone in the thruster test," stated JPL engineer Todd Barber, adding, "The mood was one of relief, joy, and incredulity after witnessing these well-rested thrusters pick up the baton as if no time had passed at all," cited by Ars Technica.

Over the past 30 years Voyager 1's primary thrusters — used to orient the spacecraft's communication dish toward Earth — have been seen to require increasing levels of power resources to function. Switching to the smaller "trajectory correction maneuver" rockets, that have not been used since a 1980 flyby of the planet Saturn, allows for less drain on the batteries.

The spacecraft — now over 141 times the distance between the earth and the sun — is expected to go dark some time in the next five years as the remaining energy is depleted.