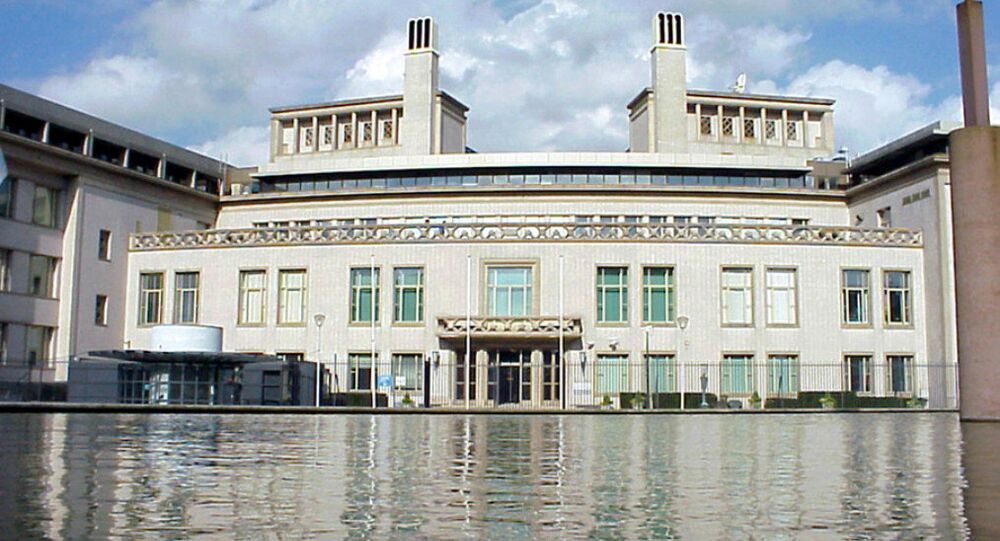 Amid recent reports on Bosnian Croat military chief Slobodan Praljak’s death after taking poisonous cyanide in a Hague courtroom, the indictment itself seems to have passed unnoticed.

In an interview with Sputnik, Danijel Simic, editor of "Frontal" web resource from the Republika Srpska autonomous region, argued the Hague Tribunal is ultimately trying to prove that Bosnia and Herzegovina is an absolutely immune "sacred cow", thus condemning the effort to set up a Croatian state within the Bosnian borders, likewise the Republika Srpska project itself.

"The Hague Tribunal is no more than a pop scene with no legal force whatsoever, which instead of bringing reconciliation has provoked even more crises and intolerance in the former Yugoslavia," he went on to say.

The International Criminal Tribunal for the former Yugoslavia (ICTY) sentenced Praljak to 20 years behind bars, 14 of which he had already spent in prison. Sadly enough, he could have been freed after three fourths of the jail term, according to common practice, which means Praljak died just a few months away from a highly possible release, Sputnik Serbia wrote.

On Wednesday, the tribunal held an appeal hearing Praljak had applied for, but it again confirmed the Bosnian chief was a war criminal notwithstanding his denials.

The court confirmed the verdict for all six Bosnian Croats led by Јadranko Prlic, ex-premier of the self-proclaimed Croatian Republic of Herzeg-Bosnia. The indictment features the notion "united criminal act against Bosnian Muslims" aimed at combing up a part of Bosnia and Herzegovina. Most importantly, the criminal act was initiated, as the court ruled, by top officials from neighboring Croatia, namely the country’s late President Franjo Tuđman, as well his defense minister and commander in chief, who were aiming to set up "an entity inside the historic Croatian borders", according to Sputnik Serbia. In other words, people who formerly boasted of pursuing solely defensive goals were virtually involved in triggering off a war across the border.

Speaking to Sputnik, Tomas Fila, a Serbian lawyer, argued it would be incorrect to express joy over somebody else’s defeat, but this verdict is a true rout for Zagreb, which had previously applauded the tribunal’s decision to set free General Ante Gotovina, leader of the 1995 ethnic cleansing campaign, in which over 200,000 Serb civilians left Croatia.

"Killing Serbs apparently resembles a sport activity, whereas with Bosnians it’s more complicated. Now it’s clear who was responsible for what. Serbia is thus completely free of accusations that it intervened into Bosnia, and Croatia, led by Tuđman, is an aggressor. If it is the only aggressor in the former Yugoslavia, from the legal point of view, Bosnians could sue it for genocide and intervention. I mean sue Croatia, not Serbia, like Sarajevo had previously done. It seems there is a non-aggression pact between Zagreb and Sarajevo, so there is little evidence that one of the Bosnian leaders, Bakir Izetbegović, would use it as a pretext, he is more likely to hold back the words," Fila said.

He added that Sarajevo could theoretically require Zagreb to financially compensate it for the inflicted damage.