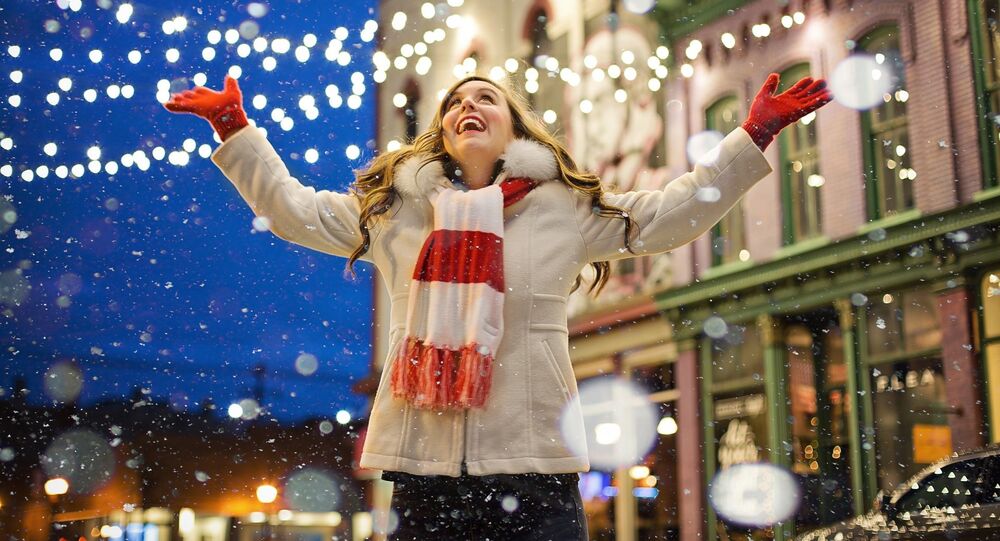 Retail workers know well the meaning of the proverb “more than enough is too much,” with one-quarter saying their holiday spirit is dying because of the repetitious Christmas music they hear.

Soundtrack Your Brand, a streaming service for background music partly owned by Spotify, has conducted a study on how damaging popular Christmas music is for the vulnerable group of people who have no choice but listen to it all day long: retail workers.

More than 2,000 customers and retail staffers in the United States and United Kingdom were questioned about the tunes played during holiday shopping season.

© REUTERS / Joshua Roberts
War On Christmas: Washington D.C. Metro Bans Christmas Ads, Causes Uproar
The study found that as many as 25 percent of the respondents believe their Christmas spirit is being killed rather than boosted by listening to holiday-themed songs, sometimes for up to six weeks a year.

According to Dr. Rhonda Freeman, a clinical neuropsychologist from Florida, music in general impacts the amygdala, which unlocks our emotions and reactions to stressors.

Ola Sars, founder of the streaming service that conducted the study, believes that it is essential to take into consideration whether a store's soundtrack is increasing stress among its staff, who are already performing a highly stressful job.

"Feeling less festive is a specific mental reaction to listening to Christmas music and rebelling against it, whereas the data showing it can have a negative effect on worker wellbeing must be treated with much more caution," Sars said.

Film director Edgar Wright recently asked Twitter what songs retail workers hated the most while working during the Christmas season.

I’ve got to agree about Christmas Wrapping — the memory of hearing it at least 5 times an hour as an Xmas temp still makes me feel immediately sick. That chorus cuts through me like a rusty razor

​They all plunge you into the abyss. I haven't worked retail in a decade and can only just now stand Christmas music again

​Wonderful Christmas Time kills me. Or anything Michael Buble covered. Baby It's Cold Outside also sucks after the fifth time…

​​Unsurprisingly, shoppers showed a more favorable view than workers, with a little over half of Americans who participated in the survey saying they actually love the festive soundtrack while shopping in malls throughout the holiday season.

"Shoppers can be in and out of a store within the hour, whereas workers have long shifts where oftentimes the same music is played on loop," Sars noted.

He added that it was extremely important for retailers to switch up their soundtracks to keep staffers and customers engaged.

However, in Sars' view, "Christmas wouldn't be the same without Mariah Carey blaring out of shop windows."

It's been a long time but when I did work in retail McCartney meant despair and psychosis and Mariah brought back some joy…then anything sung by the singing giant mechanical bears in the shopping centre took it all away again!

'No Christmas Election' for Ireland With Deputy PM Fitzerald Gone