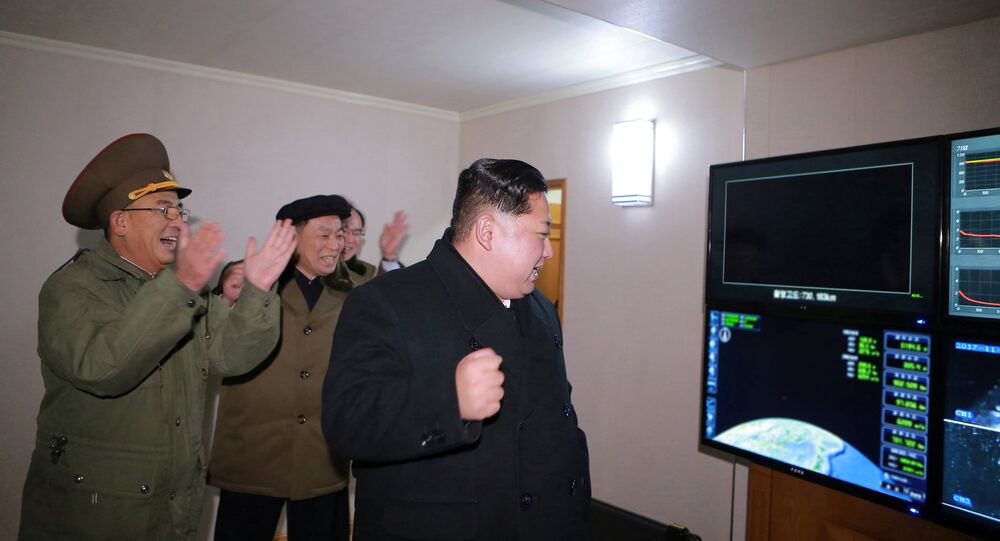 "I think the US is figuring out how to let that play out… I can't tell you whether the US wants to unilaterally use maritime interdictions or include them in a new UN Security Council resolution, because I think they're still thinking about it," the official said, as quoted by Yonhap on Thursday.

Earlier in the day, US Ambassador to the United Nations Nikki Haley urged countries around the world to cut off their commercial, diplomatic, military and any other ties with North Korea. US President Donald Trump said in a statement on Wednesday that new major sanctions would be imposed on North Korea in response to its latest missile launch.

On November 29, North Korea carried out its first missile launch since September 15. According to a North Korean state news agency, a new type of Hwasong-15 missile flew to a height of 4,475 km in 53 minutes of flight and covered a distance of 950 km.

As reported by the Japanese Ministry of Defense, the missile fell 250 km from Japan's northern prefecture of Aomori.

On September 12, the UN Security Council adopted a resolution on the imposition of new sanctions against the DPRK. In particular, restrictions have been imposed on the supply of petroleum products to North Korea.