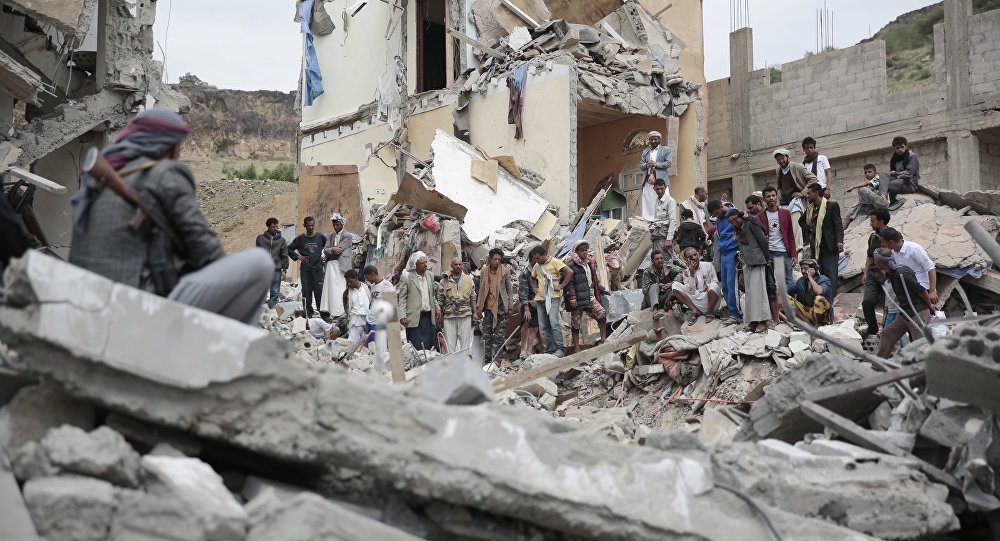 According to The Daily Mail, the secret training program is allegedly aimed at teaching so-called "irregular warfare" combat skills to Saudi forces and involves some 50 UK military personnel.

The British military is training Saudi forces to fight in Yemen, where a conflict between the Riyadh-backed government and rebels has claimed over 12,000 lives, The Daily Mail reported Sunday.

The program, codenamed Operation Crossways, involves nearly 50 British military personnel from the 2nd Battalion of the Royal Regiment of Scotland, according to the report. They are teaching "irregular warfare" techniques to officers from the Royal Saudi Land Forces Infantry Institute.

The newspaper specifies that "irregular warfare" is a collective name for a set of tactics used by conventional military forces to fight terrorists.

In one of the photographs released in the media report, an alleged British Army trainer is seen standing next to a map of Yemen and explaining tactics to Saudi military personnel.

According to the report, the alleged program has been secret and came to light only after the army released photos and information by mistake on the battalion’s Facebook page earlier this month.

The British military involvement is a "shameful complicity" in the suffering Yemenis are facing in the ongoing conflict, Tory lawmaker and former Development Secretary Andrew Mitchell told the newspaper.

"The UK has been shamefully complicit in Saudi’s role in Yemen," Mitchell said.

He has also demanded that the British government provide answers in the Commons about its reported role in the Yemeni conflict.

"I have no doubt Parliament will require an explanation of this training mission in view of the high level of concern about the humanitarian catastrophe unfolding in Yemen," Mitchel said. 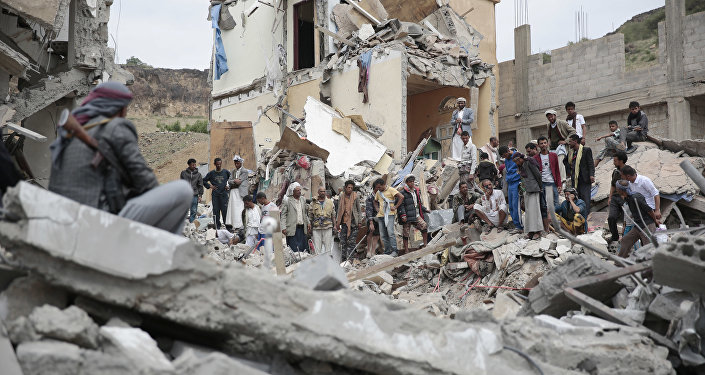 © AP Photo / Hani Mohammed
Food Stocks in Yemen to Run Out in Approximately 100 Days
Yemen has been for years engulfed in a violent conflict between the government headed by President Abd Rabbuh Mansur Hadi and the Shiite Houthi movement, also known as Ansar Allah, and backed by army units loyal to former President Ali Abdullah Saleh. Since March 2015, the Saudi-led coalition of mostly Persian Gulf countries has been carrying out airstrikes against the Houthis at Hadi's request.

The United Nations is investigating the situation in Yemen, referring to it as "the worst humanitarian crisis in the world," with 17 million people in dire need of food, seven million of whom fully rely on imported food.

Earlier in November, UN Secretary General Antonio Gutteres described the conflict as "stupid" and called Saudi Arabia to lift its blockade of Yemen. On Friday, Riyadh said it would allow UN humanitarian flights to Yemen starting Saturday. Finally, on Saturday, three aircraft from the UN and one plane from the International Committee of the Red Cross (ICRC), carrying humanitarian cargo, landed at Sanaa International Airport in Yemen.