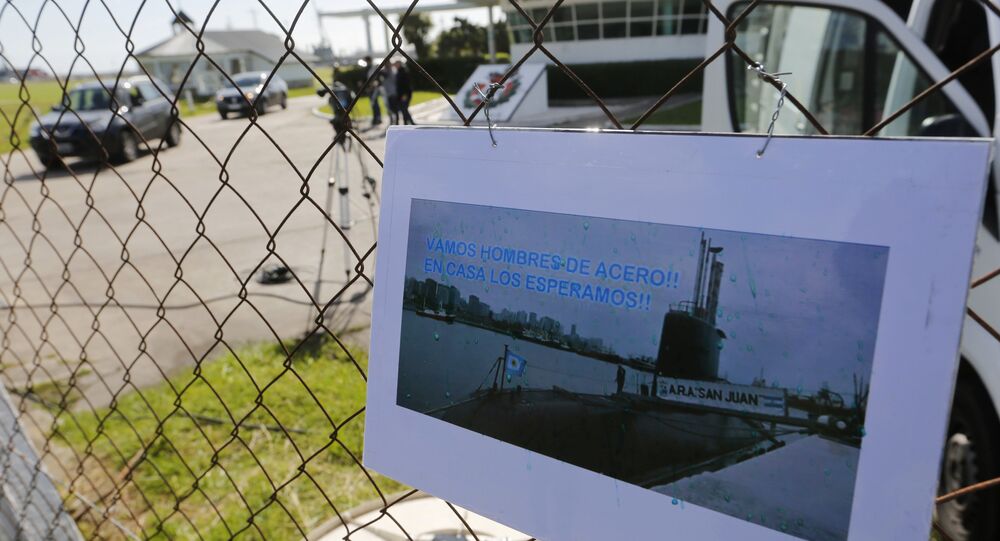 The equipment Russia and the US have handed over to Argentina will make it possible to continue the search at depths of up to 6,000 meters, although rescue efforts may be performed no deeper than 600 meters, Todo Noticias, the Argentine news channel, cited the spokesman for the Argentine navy Enrique Balbi as saying.

"The search will be joined tonight by the Russian Antonov [plane], which will carry an electrosubmarine capable of combing sites up to 6,000 meters deep. But no rescue is possible at such a depth. This could be performed by the US rescue ship if the depth does not exceed 600 meters," Balbi said.

© AFP 2021 / EITAN ABRAMOVICH
EXCLUSIVE: Families of Missing Argentine Sub Crew Hope for Sailors' Survival, Say 'They Know What to Do'

Meanwhile, the depth that the "hydro-acoustic anomaly" was registered at is within 200-1,000 meters, he added.

On Friday evening, local time, Russia’s An-124 landed in the Argentinian city of Komodoro-Rivadavia, en route to Ushuaia. It has a close-knit team of professionals aboard, like operators of the remotely controlled unmanned submarine Panthera plus, deep sea divers and a dive doctor, led by Sergei Bashmakov, chief of Russian Marine Rescue research center.

Argentina is also expecting Yantar, the Russian navy research vessel, to enter the waters off the South Atlantic coast.

The San Juan attack boat, commissioned back in 1985 and refitted nearly 30 years later, fell off the radar screens on November 15, in the middle of its journey. It had a 44-strong crew aboard, Eliana María Krawczyk, the first Argentine and South American woman submariner, among them.