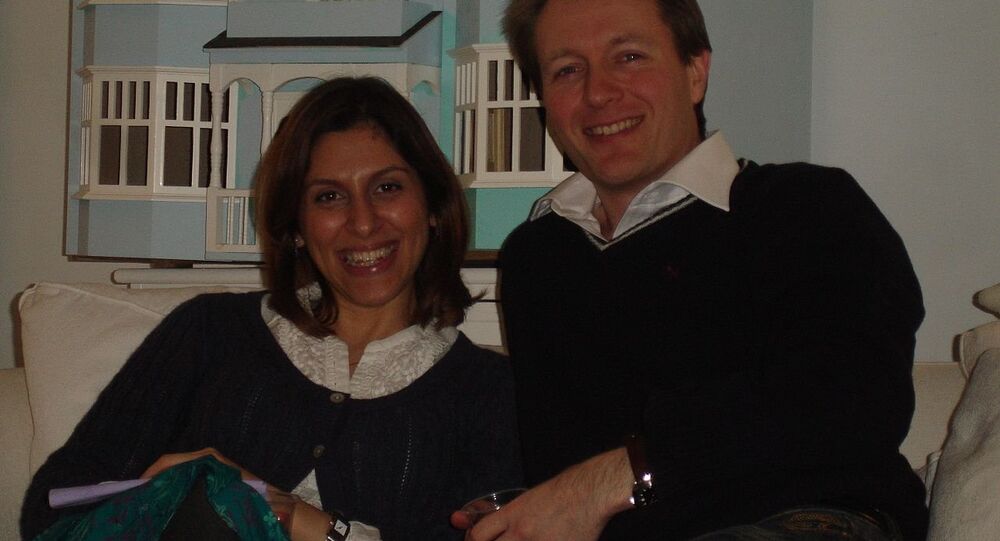 Many have started campaigning online for Iranian-Briton Nazanin Zaghari-Ratcliffe as media outlets have reported on she could face new propaganda charges next month.

She could be convicted to an additional five years behind bars if found guilty, her husband said.

Twitter meanwhile abounds in comments deeply sympathetic about what has happened to the Ratcliffe family, many calling to join in an online #freeNazanin flashmob. A number of people have shared links to the official change.org web page, as well that of Amnesty International, to unite those demanding her immediate release.

Nazanin Zaghari-Ratcliffe is in prison in Iran but hasn’t committed a crime Join me & @AmnestyUK & help get her home https://t.co/9qVyU3RzX3

​A new court date for Mrs. Zaghari-Ratcliffe has been set in the wake of the UK foreign secretary Boris Johnson’s statement earlier this month that Nazanin Zaghari-Ratcliffe had been allegedly "teaching journalism" in the Iranian capital. His comments provoked a storm of criticism from members of the British parliament, some even calling for his resignation. Though at first denied, Johnson was forced to make a formal apology.

Both Nazanin’s husband and employer deemed Johnson’s comments as a complete error. They insisted that the she was detained while preparing to go back to Britain from holiday in April 2016. She was accompanying her then year-old daughter Gabriella.

"Of course I apologize for the distress, for the suffering that has been caused by the impression I gave that I believed she was there in a professional capacity.  She was there on holiday," Johnson said, adding he is going to visit Iran before the Christmas holidays, perhaps together with Nazanin’s husband.

Interesting. He gets away with gaffes galore but clearly must do all he can for Nazanin Zaghari-Ratcliffe. Gove should certainly not be in Government, purely an opportunist. Just hope that Johnson can do something for the Ratcliffe family. https://t.co/AE5Mjvqqng

​"We were hoping the case would disappear," Mr. Ratcliffe told The Times. "She is angry and bewildered about what is going on."

"She said she thought she was going to be able to come home for Christmas but will now be in court in two weeks. Our experience is that court cases have always been bad news. She has been declared guilty at every stage."

Meanwhile, the full details of the allegations against her have never been publicly reported on. What is known is that she was originally convicted of plotting against the Iranian clerical establishment, something that she flatly denies.

Mr. Ratcliffe said he had submitted a legal opinion that his wife, a dual national, was entitled to diplomatic protection to the Foreign Office more than two months ago but has received no reply.

What complicates the case is that Iran does not recognize dual nationality, and thus the judiciary regards Mrs. Zaghari-Ratcliffe as an Iranian citizen.

Briton Zaghari-Ratcliffe Was on Holiday in Iran When Arrested - London

UK Woman Jailed in Iran 'On Verge of Nervous Breakdown'