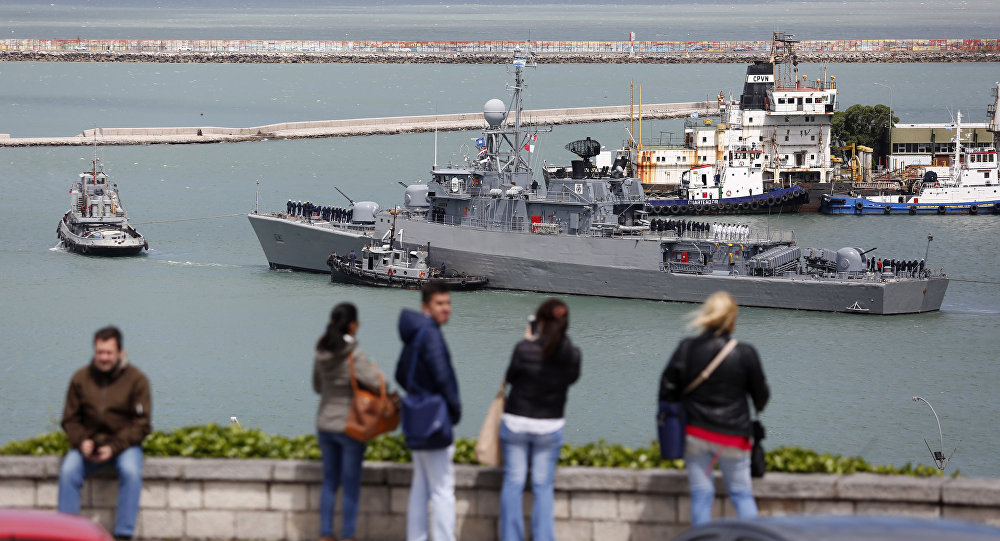 The relatives of the missing crew have taken the news about the alleged submarine explosion with shock, some of them being lost for words, mass media has reported.

The crushing news arrived on Thursday as, having analyzed the abnormally violent sound recorded around the time the submarine fell off the radar screens, the Argentine navy revealed the vessel may have exploded. This caused many to faint, while some shouted at the officers, sobbing and blaming them for what had happened.

The US and specialist agencies said the "hydro-acoustic anomaly" came in just hours after the navy lost contact with the submarine, for which a search and rescue operation had been underway for a little over a week in the South Atlantic off the Argentine coast. It had 44 crew members on board and as reports say, the supplies of oxygen on the submarine were sufficient for seven to ten days. 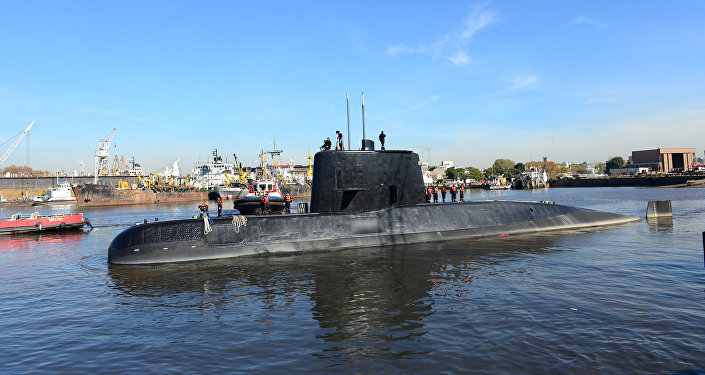 © REUTERS / Armada Argentina/Handout
Hopes Fading as Search for Missing Argentine Sub Enters Second Week
The Argentine Navy spokesman Enrique Balbi cited some evidence showing "an anomalous event that was singular, short, violent and non-nuclear that was consistent with an explosion".

"According to this report, there was an explosion," Balbi told reporters on Wednesday, adding the Argentine navy ship together with a US P-8 Poseidon aircraft and a Brazilian air force plane are continuing the search as there are still some clinging to a glimmer of hope.

While Refitted Boat was Cut in Half, to the Horror of the Crew’s Families

In the wake of the disappointing meeting at the naval base the grief-stricken relatives went on to analyze  the possible causes of the tragedy, many lashing out at the officers citing the utmost negligence and misconduct of the naval forces.

"They sent a piece of crap to sail," said Itati Leguizamon, wife of submarine crew member German Suarez, pointing out the sub had been neglected for over 15 years.

"They inaugurated a submarine with a coat of paint and a flag in 2014, but without any equipment inside".

The German-built TR-1700 attack boat, which had been in the Argentine fleet since 1985, was refitted 3 years ago. At the time, the vessel was cut in half and had the engines and batteries replaced, which cost the navy around 16 million dollars.

Experts deem such kind of retrofitting as complicated and risky as even a slight mistake in the cutting phase of the renovation can cost lives.

The relatives were also hit with anger, as it came to light the navy had mismanaged the situation and had been waiting for too long to start the operation, after reports of possible satellite phone calls from the boat proved wrong. Still, on top of that, they said, the Argentine authorities had let its military forces degrade to the lowest point ever, with the navy so severely underfunded.

Even before the latest news, frustration at Mauricio Macri, the Argentine president, was on the rise.

"Instead of spending money on other matters, why don’t you spend on something truly important, like the lives of all our relatives," an unidentified woman asked Mr. Macri on Monday when he traveled to the resort city of Mar del Plata, as is clear from an online video of the meeting.

Using submarines that have been in commission since the early 1980s "is taking a gamble on the life of our people," she said.

Media reports on the explosion popped up after analysts from the United States and  international nuclear weapons authorities engaged in the search operation, still ongoing as ships from the US, Britain, Brazil and Chile are combing sites off Patagonia.

If the crew died, it would be the biggest submarine catastrophe in the world since the sinking of the Russian Kursk, which was brought down by a misfired weapon in 2000, and the Argentine armed forces’ biggest loss of life since the Falklands War in the 1980s.

READ MORE: EXCLUSIVE: Families of Missing Argentine Sub Crew Say 'They Know What to Do'