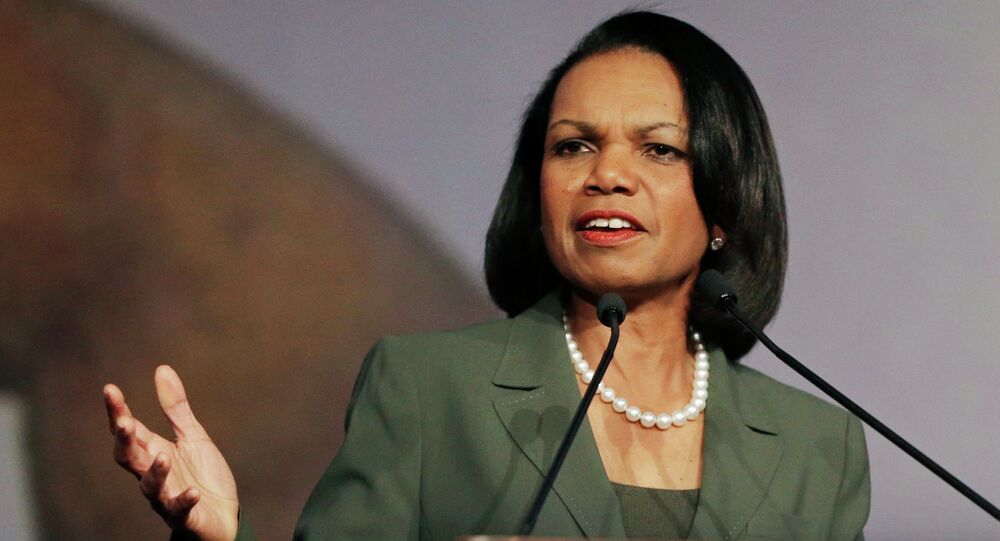 US May Consider Condoleezza Rice as 'Special Envoy to Balkans' – Sources

Kosovo wants the United States to be involved in dialogue to normalize its relations with Serbia, which is giving a fresh impetus to the idea discussed in Washington for several years to appoint a special envoy to the Balkans.

Former US State Secretary Condoleezza Rice may be the main candidate for the position of US special envoy to the Balkans, several sources in Belgrade and Mitrovica have told Sputnik Serbia.

The appointment of Rice would supposedly allow Washington to have a "firm hand" in Kosovo and Bosnia and Herzegovina and thus try to restrain Russia’s policy in the Balkans.

Sources also told Sputnik that the US is not considering direct involvement in the Brussels-led Kosovo talks. When the negotiations are completed, the European Union is expected to offer membership to Serbia and give Kosovo a candidacy status.

"The US doesn’t want to involve [itself] directly in the talks. Their goal is to control the final stages [in normalization] related to Kosovo [and Serbia]. Washington also wants to resolve the problems related to the situation in Bosnia and Herzegovina, first of all concerning the current political process in Republika Srpska. Bosnia and Herzegovina and Kosovo are US-led projects. For Washington, they play the role of a reliable political foothold in Europe. Europe is now changing and the US wants to re-establish political, not to speak of military, influence in the Balkans," one of the sources said.

The source also pointed out an increased number of American officials visiting the Balkans. Over the past year, over 100 US congressmen have visited the region, which is "unprecedented," according to the source.

The source also suggested that those visits indicate that American lawmakers may be working on a document postulating the need for increased US involvement in the Balkans.

"This document would be submitted to Congress and to the US president who then would have to engage in the Balkans, despite the fact that the region is not among his current priorities," the source said.

At the same time, the source added, Washington has a "plan B."

"Britain may also get involved as it is London that currently represents Washington’s interests in Europe," the source concluded.