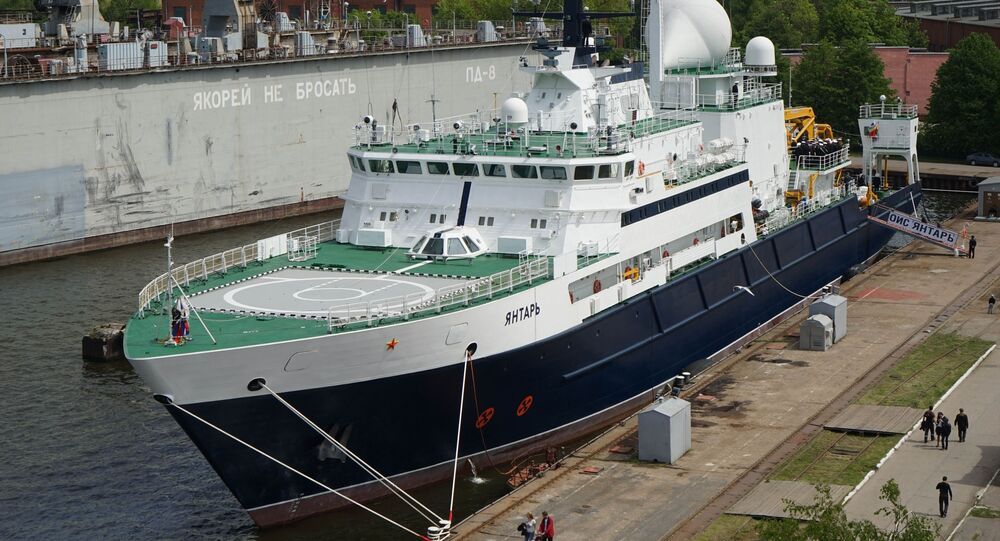 Russian President Vladimir Putin has offered his Argentine counterpart Mauricio Macri assistance in the search for the submarine, which has been missing since November 15.

MOSCOW (Sputnik) — The Russian Defense Ministry has announced sending the Russian Navy’s Yantar oceanographic research vessel, which is currently fulfilling its planned tasks near Africa’s western coast, to the search area for the missing Argentine submarine.

In addition, the Russian Navy will also send experts to assist the search for the missing Argentine submarine as agreed in phone talks between Defense Minister Sergei Shoigu and his Argentine counterpart.

© AFP 2021 / EITAN ABRAMOVICH
EXCLUSIVE: Families of Missing Argentine Sub Crew Hope for Sailors' Survival, Say 'They Know What to Do'
The announcement comes after Putin offered to provide search and rescue operation assistance and agreed with Argentina's Macri to maintain contact between the countries' defense ministries regarding the issue.

The San Juan submarine, carrying a crew of 44, lost contact with its command on November 15 following reports of a mechanical failure. A large-scale search and rescue operation was launched in the area where the submarine could likely be. On Monday, Argentina’s army spokesman said the submarine was designed to survive autonomously for seven days, which meant it could have oxygen until Wednesday.