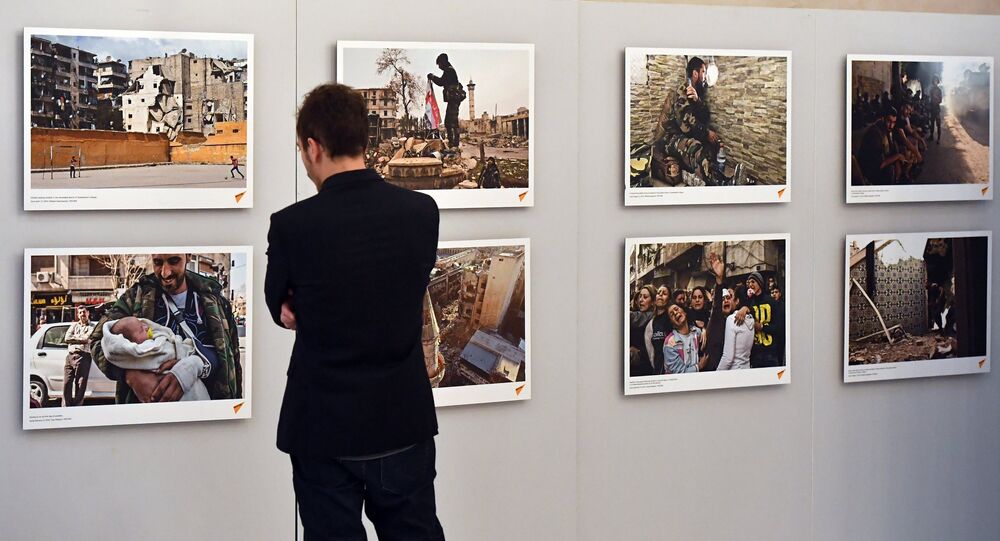 On Wednesday, President Vladimir Putin is set to host Recep Tayyip Erdogan and Hassan Rouhani in Russia's Black Sea resort of Sochi. Moscow, Tehran and Ankara are sure that the days of Daesh are numbered and it is expected that moves towards a final political settlement of the conflict will top the agenda.

The presidents of Russia, Turkey and Iran, the three countries which act as guarantors of the observance of the ceasefire Syria and Astana peace talks on the settlement of the crisis, are set to meet in Sochi on Wednesday.

After the tripartite meeting, Vladimir Putin is also scheduled to hold a separate meeting with Iranian leader Hassan Rouhani.

Earlier in November, he has already met with his Turkish counterpart Recep Tayyip Erdogan in the same city.

'Political Victory, Friendship and Recognition' – What Each of the Three Leaders Wants to Achieve in Sochi

Gevorg Mirzayan, an associate professor at the political science department at the Finance University of the Russian Government and RIA Novosti contributor suggested what the three presidents will try to negotiate under the warm skies of Russia's Black Sea resort.

"Russia's position is quite evident: Vladimir Putin is there to facilitate Russia's victory in Syria. And it is not about a military win over Daesh (which it could be stripped off only by an unlikely American invasion) but about a political one. Russia needs to reach the soonest political compromise between the Syrian groups (and their external backers) to be able to get the status of a state which can not only smash terrorists but act as an effective and impartial mediator in settling of regional conflicts. In other words, the status, which, until recently, has been appropriated by the US," he writes in his op-ed for RIA Novosti.

Turkish President Erdogan, he further elaborates, is "coming for friendship." He needs Moscow's support not only in Syria but around the whole world.

According to Vladimir Avatkov, head of the Center for Eastern Studies, International Relations and Public Diplomacy, Turkey is currently experiencing a decline in its relations with the US and NATO, thus the Turkish leaders is coming for his security as well.

He is interested in the comprehensive improvement of his relations with Moscow, namely in the spheres of arms trade (S-400 systems), nuclear and atomic cooperation (Akkuyu nuclear power plant) and in Syria, where he wants to weaken the Kurds.

Iranian President Rouhani, Mirzayan opines, is coming for recognition. Tehran is convinced (and not without reason) that the major target of the Syrian war, which was unleased by the West and the Gulf, was the seizing of Syria from Iran's sphere of influence. Now that Tehran has won, it does not want to look for any compromises with the defeated sides, with the possible exception of Turkey, which, moreover, is not that defeated.

On Tuesday, Iranian President Hassan Rouhani declared the defeat of Daesh in Iraq and Syria in his televised address broadcast live. He stressed that although the remnants of the terrorists might continue operating, the roots and the basis of the organization have been destroyed.

Therefore, the Iranian leader noted, he is going to Russia to discuss the future of Syria and the region in the post-Daesh era.

Ahead of the trilateral talks the Russian leader has met with Syrian President Assad who came to Sochi with an unannounced visit on Tuesday.

Commenting on the result of the meeting, Kremlin spokesman Dmitry Peskov told reporters that it was necessary to "prepare the groundwork for possible understandings" that could be reached in Sochi on Wednesday to "make sure" that agreements reached will be "viable" and "not hanging in the air."

During his meeting with President Assad, Vladimir Putin was more cautious about the defeat of Daesh, noting that "the Syrian people are going through very difficult trials and are gradually approaching the final, unavoidable rout of terrorists." He further expressed hope that the fight against terrorism in the country will conclude in the very near future.

Following the talks with the Syrian leader, the Russian President held high-profile phone conversations with the heads of the US, Israel, Saudi Arabia and Egypt, which prompted many analysts to suggest that the violent conflict in Syria could finally be coming to an end.

At the time of the tripartite talks in Sochi, Saudi capital Riyadh is hosting the opponents of the legitimate Syrian authorities, ahead of the next round of peace talks in Geneva (scheduled for November 28). These negotiations however will go without Riyad Hijab, the head of the High Negotiation Committee (HNC), the main representative of the Syrian opposition, who resigned on Monday.

© Sputnik / Ilyas Omarov
Participants in a meeting of the Joint Operational Group of Russia, Turkey and Iran to control the ceasefire in Syria, held in Astana