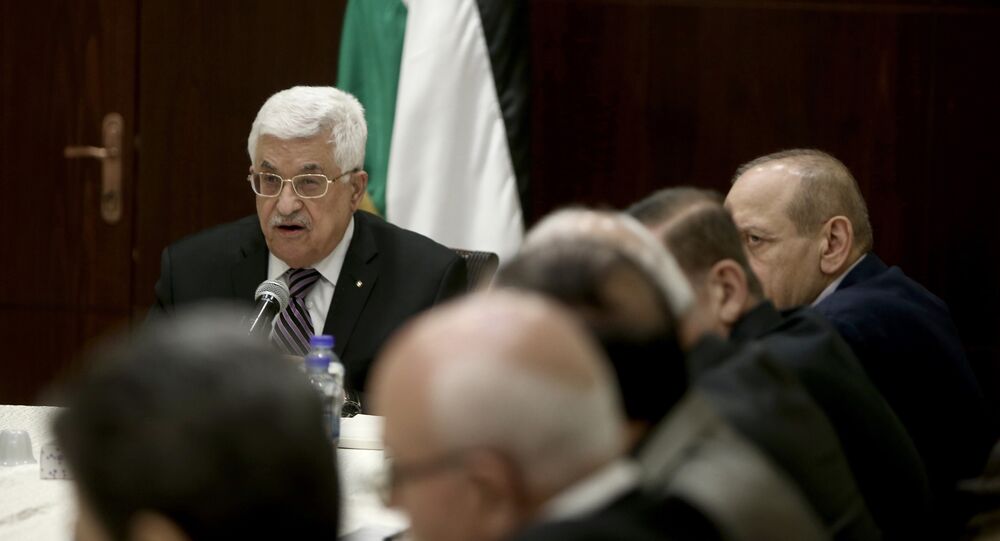 Palestine may stop all contacts with the US administration if the office of the Palestine Liberation Organization (PLO) in Washington, D.C., is shut down.

GAZA (Sputnik) — Secretary General of the Executive Committee of PLO and Palestinian chief negotiator Saeb Erekat said on Saturday that Palestine may halt all contacts with the US administration if the PLO office in Washington, D.C., is shut down.

On Friday, the US State Department said that they could not certify that the PLO was complying with conditions imposed by US Congress, in particular, because of the Palestinians' statements indicating they wanted to try to get the International Criminal Court to prosecute Israelis. The absence of a certification leads to the closure of the PLO office.

"We responded to them [US authorities] with an official letter that in case you officially close the PLO office in Washington, D.C., we will put on hold all our communications with this American administration," Erekat said in a video statement, uploaded to the PLO Twitter account.

Erekat called the US move "unfortunate" and influenced by Israel, while Palestinian presidential spokesman Nabil Abu Rudeineh was quoted by WAFA news agency as saying that this step could "have serious consequences on the peace process and US-Arab relations."

Dr. Saeb Erekat on the American decision not to renew license of #PLO office in Washington. pic.twitter.com/pAsPKJ2sqS

​The office of Israeli Prime Minister Benjamin Netanyahu stressed its respect for the decision made by the United States and expressed readiness to continue working with Washington on achieving peace in the Middle East.

Erekat earlier said that the lack of US support for the principle known as the two-state solution formula or adequate reaction to Israel's settlements policy encourages the Jewish state to implement an "apartheid" policy toward Palestinians.

© AFP 2021 / SAIF DAHLAH
Israel Turns Peace Process in Palestine Into 'Complete Charade'
"The absence of a clear declaration by the United States that the final goal of the peace process is the implementation of the two-state solution formula within the 1967 borders and the silence regarding the activation of Israel's colonial settlement policy are perceived by the Israeli government as an opportunity to destroy the two-state solution," Erekat said.

In March this year, the UN Economic and Social Commission for Western Asia (ESCWA) accused Israel of applying "apartheid regime" policies regarding the Palestinians.