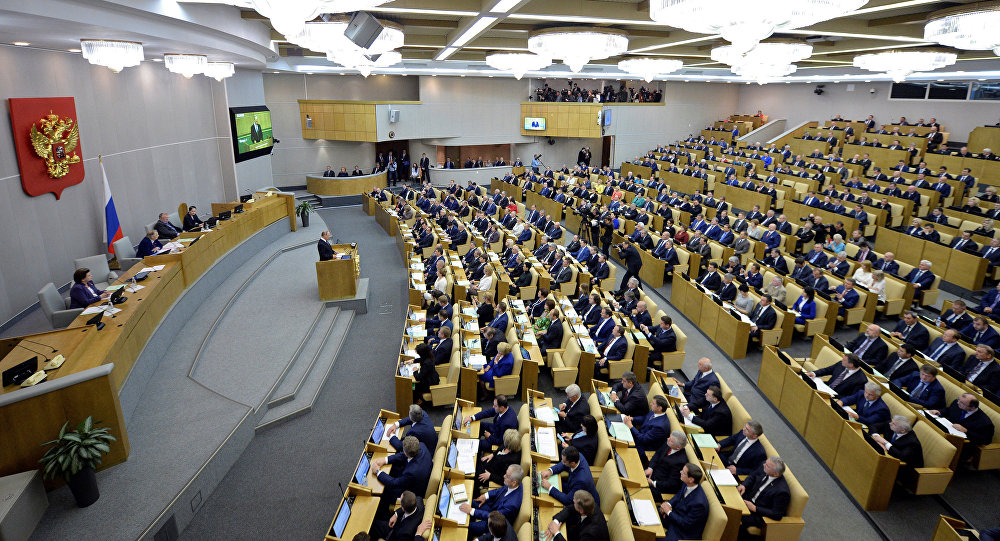 The legislative amendment concerning foreign agent media has been included on the draft agenda for a meeting of the upper house of the Russian parliament, scheduled for November 22, according to a document published on the Federation Council's website on Thursday.

The legislative amendment has now been included on the draft agenda for a meeting of the upper house of the Russian parliament, scheduled for November 22.

© Sputnik / Evgeny Biyatov
Registering Under FARA 'Does Not Inhibit Freedom of Expression' - Justice Dept.
On Tuesday, Federation Council Speaker Valentina Matvienko said that while Russia would strictly adhere to the principles of the freedom of speech, it could not help but respond to the restrictions to which Sputnik news agency and the RT broadcaster were subjected in the United States.

The State Department official said on Wednesday that Washington was thoroughly monitoring the developments around the amendments to the Russian law on foreign agents. Referring to the registration of RT America as a foreign agent under the US Foreign Agents Registration Act (FARA), the State Department official noted that the FARA provided for transparency without limiting the freedom of press.

Sputnik and RT Editor-in-Chief Margarita Simonyan commenting on the words of the US official said that by adopting a law Moscow was learning transparency from US colleagues and that the State Department, "which has been telling us [Russia] what to do for such a long period of time", should be "happy" about it.

RT has faced a barrage of accusations of its alleged attempts to influence US public opinion, especially in connection with the 2016 US presidential campaign. Russia has repeatedly refuted the claims of meddling in the US election, calling the allegations absurd and a measure used to deflect public attention from actual instances of electoral fraud and corruption as well as other pressing domestic issues.