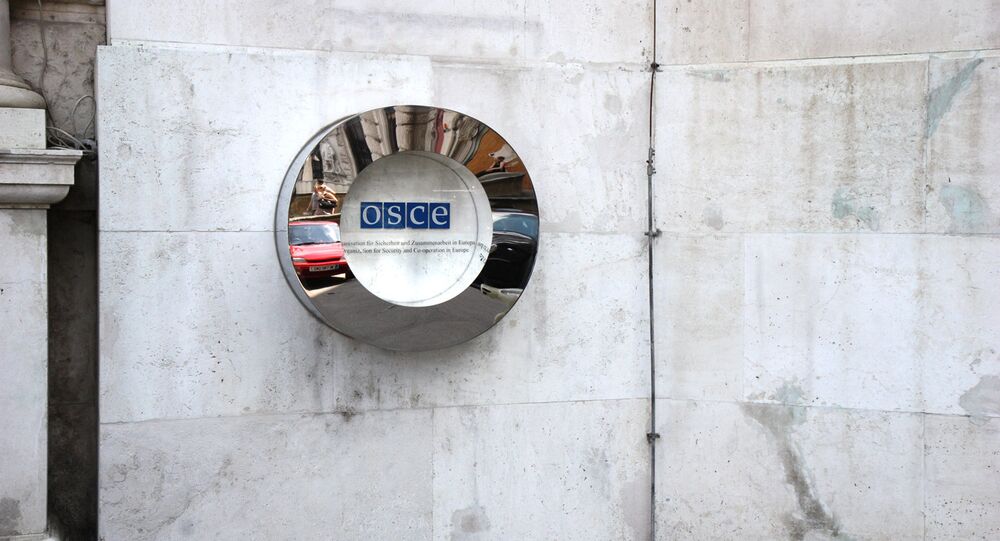 The Organization for Security and Co-operation in Europe (OSCE) Representative on Freedom of the Media Harlem Desir expressed his concern on Thursday about measures by the United States requiring the RT broadcaster to register as "foreign agent" and the subsequent tit-for-tat response from Moscow.

Desir added that he stood ready to offer his assistance to help both states to solve this situation in line with their media freedom commitments.

© Sputnik
'All Animals Are Equal': Simonyan on McCain's Criticism of Russia's Response to US Pressure on RT
The Russian Union of Journalists said in October that the intent of US authorities to put Russian media on the list of foreign agents was a direct violation of the principle of freedom of speech.

RT Editor-in-Chief Margarita Simonyan said last week that the demand to register as a foreign agent was discriminatory as it put RT at a disadvantage compared to other foreign media outlets operating in the United States.

Russian officials and lawmakers have repeatedly stressed the necessity of reciprocal measures in response to pressure on Russian media outlets.