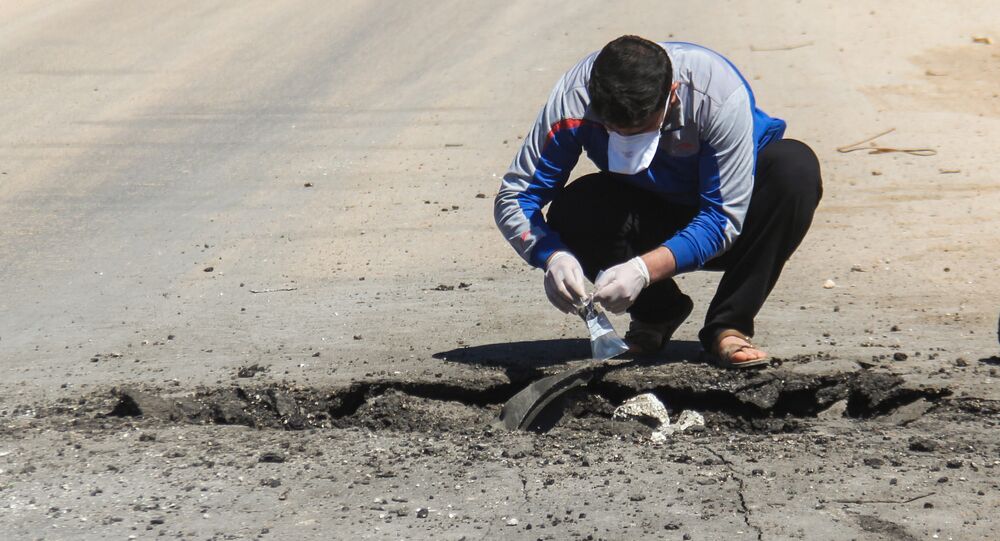 Washington has requested a UN Security Council meeting on Thursday afternoon to vote on its draft resolution to renew the mandate of the United Nations-Organization for the Prohibition of Chemical Weapons Joint Investigative Mechanism (JIM), the US Mission to the United Nations said in a statement.

UNITED NATIONS (Sputnik) — JIM’s mandate expires on November 17. There are currently two draft resolutions on renewing its mandate — one presented by Russia and the other by the United States. Both suggest renewing JIM’s mandate, but on different terms.

"United States requested a vote at 3:00 p.m. tomorrow, Thursday, November 16, on its latest draft UN Security Council Resolution that would renew the mandate of the Joint Investigative Mechanism," the US Mission to the United Nations said in a statement on Wednesday.

© AFP 2021 / Omar haj kadour
Revealed: Secret UN Presser on Syria Chemical Attacks Was Closed to Many Reporters
On October 26, JIM presented to the UN Security Council a confidential report on the April sarin attack in the Syrian province of Idlib in which more than 80 people were killed. The report put the blame for the attack on the Syrian government. The Russian Foreign Ministry said in a statement that the opinions of Russian experts were not taken into consideration during the investigation, though "they are indeed objective, because, unlike the JIM report, they are based on laws of physics, ballistics and technical analysis."

Shortly before the report was presented, Russia blocked a UN Security Council draft resolution on the extension of the JIM mission's mandate, suggesting that prolonging its mission should be discussed only after the report is assessed.