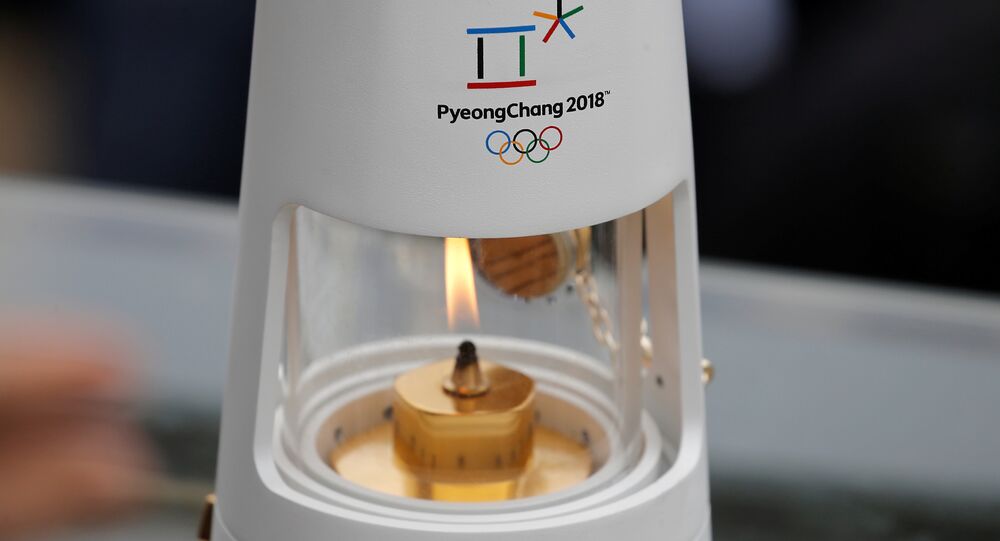 The South Korean Ambassador in Moscow, Woo Yoon-keun, expressed hope that Russia will participate in the 2018 Pyeongchang Winter Olympic Games.

"I would like to express my hope for the further cooperation between the Republic of Korea and Russia in the implementation of Olympic values, based on the guest for peace and the unity of mankind. We expect Russia, which is a sporting power in winter sports, to take part in the 2018 Olympic Games and to achieve remarkable accomplishments. And by doing this, [Russia] will make a considerable contribution in the development of winter sports all around the world," the diplomat said.

© AFP 2021 / Marc BRAIBANT
Russia's Investigative Committee Offers to Work With WADA on Rodchenkov Case
In 2015, the World Anti-Doping Agency (WADA) accused Russia of numerous doping violations and ruled that Russian Anti-Doping Agency (RUSADA) was inconsistent with WADA's code. In 2016, Richard McLaren, the head of WADA's independent commission, presented a two-part report on anti-doping violations in Russia, which alleged the existence of a state-supported doping system in Russia. The report resulted in the ban for all Russian Paralympic athletes from competing in the 2016 Summer Paralympics.

The decision on RUSADA's restoration will be taken on Thursday at WADA's Foundation Board Meeting. According to certain experts, the refusal to restore RUSADA will entail a prohibition on participation in the 2018 Pyeongchang Winter Olympic Games for Russia.