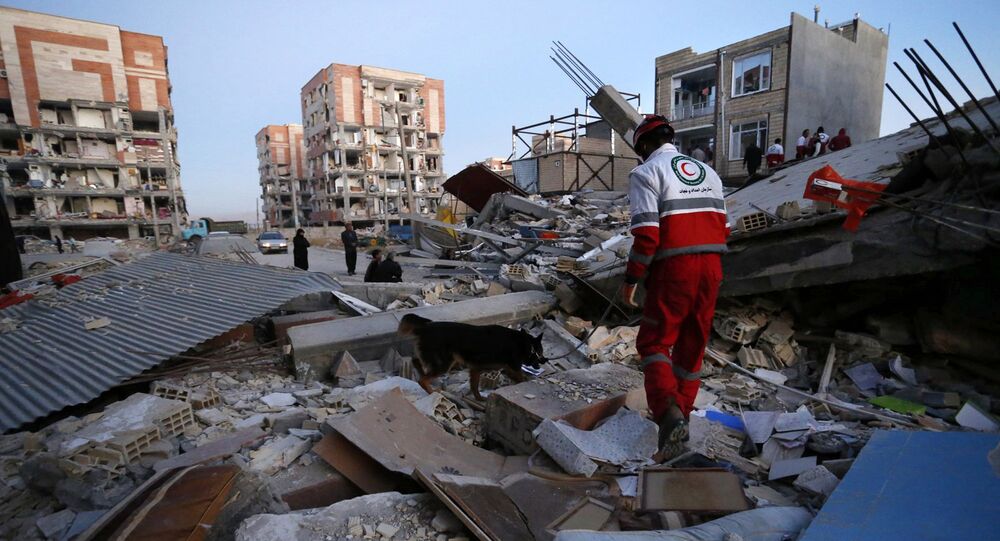 TEHRAN (Sputnik) – The number of those injured in an earthquake in western Iran has increased to 2,500, Head of Emergency Medical Services (EMS) Pir Hossein Kolivand said on Monday.

According to him, 210 people were killed.

​The Red Crescent reported that about 70,000 Iranians were left without homes, the organization is opening tent camps on the site of the earthquake. The authorities of the country are taking all necessary measures to provide assistance to the victims.

The entire #hospital and its personnel have died in #SarpolZahab in #Kermanshah province due to Sunday's #Earthquake. Death toll in #Iran has now reached 100 people. #ايران #كرمانشاه #سرپل‌ذهاب pic.twitter.com/oME1eue8AV

​A three-day mourning period was declared in the Iranian province of Kermanshah. It is assumed that the number of victims will grow.

A number of regions in province are not accessible by road, — the earthquake has caused landslides that have damaged roads.

In addition to Iran, Iraq suffered from the earthquake — the most damage was recorded in the city of Darbandikhan.

The Russian Embassy in Tehran said it did not receive any information about Russian nationals injured as a result of the earthquake, adding that the Russian diplomatic missions in the disaster area had not been damaged.