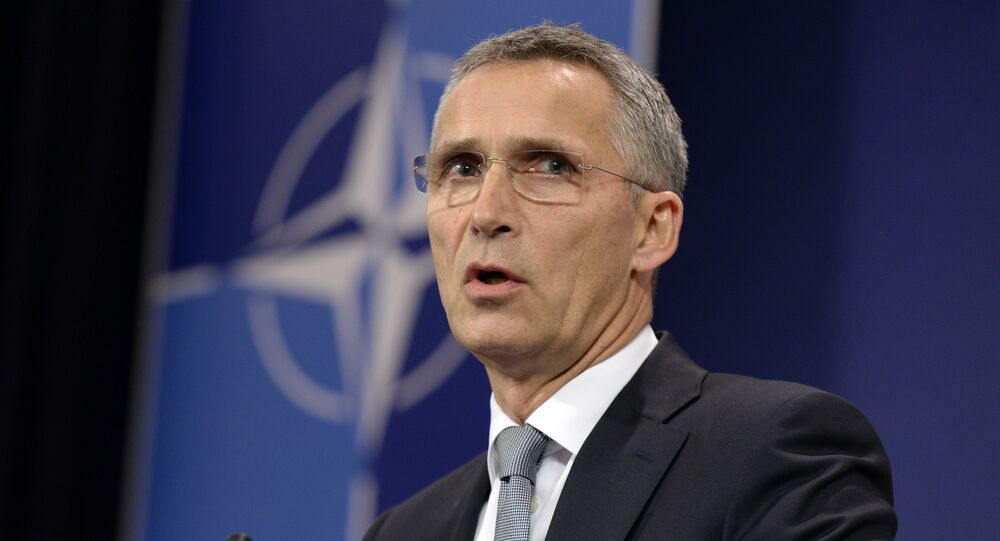 NATO Ministers to Agree on Establishment of 2 New Commands - Stoltenberg

NATO Secretary General Jens Stoltenberg has discussed a number of issues with the bloc's defense ministers.

MOSCOW (Sputnik) – NATO Secretary General Jens Stoltenberg has stated that he expected the alliance’s defense ministers to agree in principle on the establishment of commands to help protect sea lines of communication between North America and Europe and to improve troop movement in Europe.

"I expect Ministers will agree in principle on an outline as a basis for further work. This will include: a new Command to help protect sea lines of communication between North America and Europe. And another Command to improve the movement of troops and equipment within Europe. Our ability to move forces is essential to deterrence and collective defense."

The NATO chief said that the new commands would require more resources.

"We are not going to make decisions on exact numbers. This is partly about additional resources and partly about whether we are able to reprioritize and be more efficient in the way we conduct and organize our command structure," Stoltenberg said, answering a question about the increase of NATO personnel after the creation of the new commands.

He added that the alliance was planning to decide on the location of the new commands at the meeting of NATO defense ministers in February.

According to Stoltenberg, NATO defense ministers will also discuss ways to strengthen the cyber element of the NATO command structure.

There will be the cyber element "in any military operation, in any foreseeable, possible military mission or operation" of the alliance, Stoltenberg said.

"Cyber is more and more integrated into everything we do, and therefore as part of the review and adaptation of the command structure we will also discuss how we can strengthen the cyber element of the NATO command structure," Stoltenberg said.

The statement comes about a month after the secretary-general informed the bloc had integrated national experiences in cyber defense into its military structure after Lithuania’s repeated calls for increasing cybersecurity across Europe. In September, Lithuanian President Dalia Grybauskaite called on the European Union to create a joint task force that would rapidly tackle cyber attacks targeting the bloc.

On NATO Presence in Afghanistan

The alliance's chief has announced that NATO has decided to increase the number of troops in its Afghanistan mission from about 13,000 to roughly 16,000.

"NATO will continue to support Afghanistan. And we have decided that we will strengthen our support… Perhaps, the most important contribution now is that we have decided to increase the number of troops."

The NATO chief emphasized that the alliance would not "go back to combat operations" and the additional troops would bulk up the train and assist mission.

© Photo : Pixabay
Pro-NATO Rhetoric Not to Affect Ordinary Finnish Citizens – Poll
The statement follows Stoltenberg's September promise to continue assisting the Afghan government in its fight against terrorism. Moreover, the top official called on the Taliban terror group (banned in numerous countries) to begin negotiations as the only way to reach a settlement.

Afghanistan has long been suffering from unstable political, social and security situation due to the activity of Taliban and, more recently, the Daesh terror group (also banned in numerous countries).