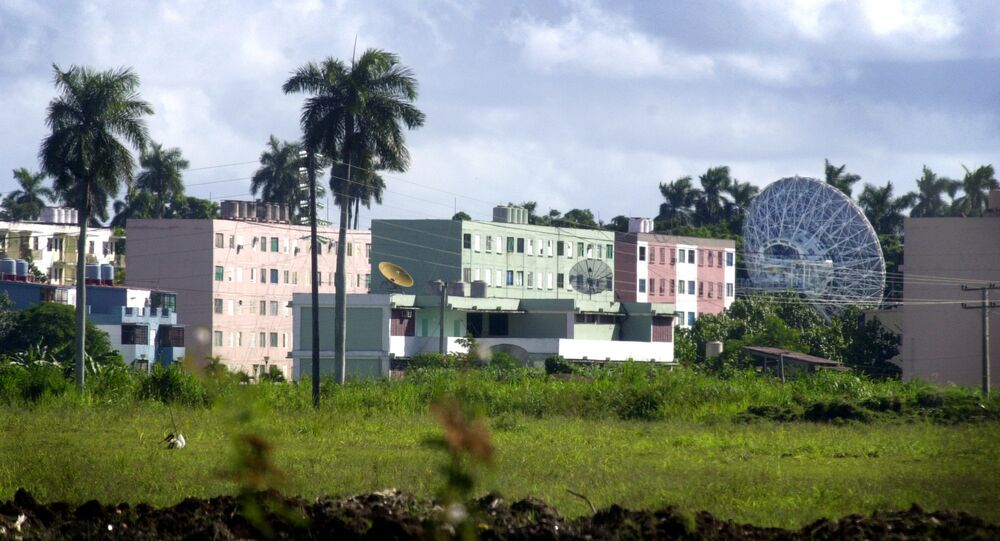 Viktor Bondarev, the head of the Russian upper house's Defense and Security Committee, has outlined in an interview with Sputnik his views on the relations between Moscow and its "historical partners" Hanoi and Havana in the current political landscape on the international arena.

MOSCOW (Sputnik) — Russia should consider the restoration of its closed military presence in Cuba to protect the "interests of international security" amid "intensified US aggression," Viktor Bondarev said.

"I believe under the condition of increased tension in the world and frank intervention in the internal affairs of other countries — Russia's historical partners — our return to Latin America is not ruled out. Of course, this should be coordinated with the Cubans," the politician said adding that Russia's presence in Cuba before 2002 helped deter the US from encroaching into territories, which Moscow considers its sphere of interests.

© AFP 2020 / Yamil Lage
From Names and Schools to Cars and Weapons: Soviet Legacy in Cuba
12
"We should also think about our Navy's return to Vietnam with the permission of the [local] government," Bondarev said, adding Russia should take such steps only in case of escalation of US aggression.

The news comes hours after Russia's first deputy chairman of the parliament's upper chamber's Defense and Security Committee Frants Klintsevich urged the reopening of the base in Cuba.

The USSR signed an agreement with Vietnam on the establishment of Cam Ranh military base in 1979 following the Chinese-Vietnamese war. The Russian base in Cuba, Lourdes, was installed near Havana in 1962 and was Moscow's largest facility of its kind. Both bases were closed in 2002.

Since then, various Russian officials have called to reestablish the military bases in those countries. In 2016 two Russian lawmakers, Valery Rushkin and Sergei Obukhov, submitted a letter to Russian President Vladimir Putin, Russian Foreign Minister Sergei Lavrov and Defense Minister Sergei Shoigu calling on them to consider the restoration of the bases.