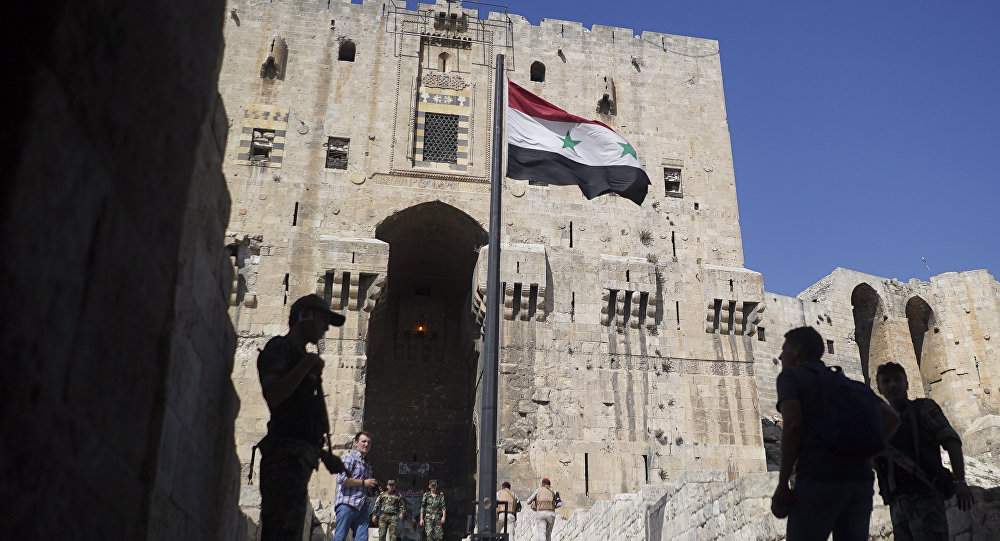 The Astana-7 meeting on Syria, which will mainly focus on the two papers that have not been finalized in the previous six rounds, pertaining to the release of detainees and humanitarian de-mining, will be held on October 30-31.

ASTANA (Sputnik) – A "neutral intermediary" could be picked at the Astana-7 meeting on the Syrian crisis to mediate between Damascus and the Syrian opposition and resolve the issue of the detainees held by both parties, a source close to the negotiation process told Sputnik.

"Both sides would give their lists of detainees to this person, and he will further work with them, trying to verify them etc. At this stage, it is still hard to say who this person might be," the source said.

The detainees issue is particularly sensitive, because the Syrian opposition and the government have very different views on the number of such people, and because the names in the lists proposed by the two sides need verification, as many of them may be no longer alive.

Another issue that would be raised at the talks — the humanitarian demining operations in Syria — is of high priority for Damascus, Tehran and Moscow, according to the source. Still, the Turkish politicians and the opposition believe these "two papers should come as a package, meaning that if there is no agreement on one issue, then there is no agreement on the other one."

Regarding the seventh international high-level meeting on Syria within the framework of the #AstanaProcess https://t.co/c5g7uKpk4j pic.twitter.com/3j2jqGLqJ3

At the moment, a total of six rounds of the Astana talks have been held in the Kazakh capital. The latest international meeting in September managed to adopt a package of papers establishing the four de-escalation zones in Syria. Humanitarian issues, however, remained untouched due to the lack of time and reservations from both Syrian sides.

The Syrian government has been involved in a civil war since 2011 with a number of terrorist groups, including the Nusra Front (HTS) and Daesh (ISIS), which are trying to topple the government's legitimate leadership.