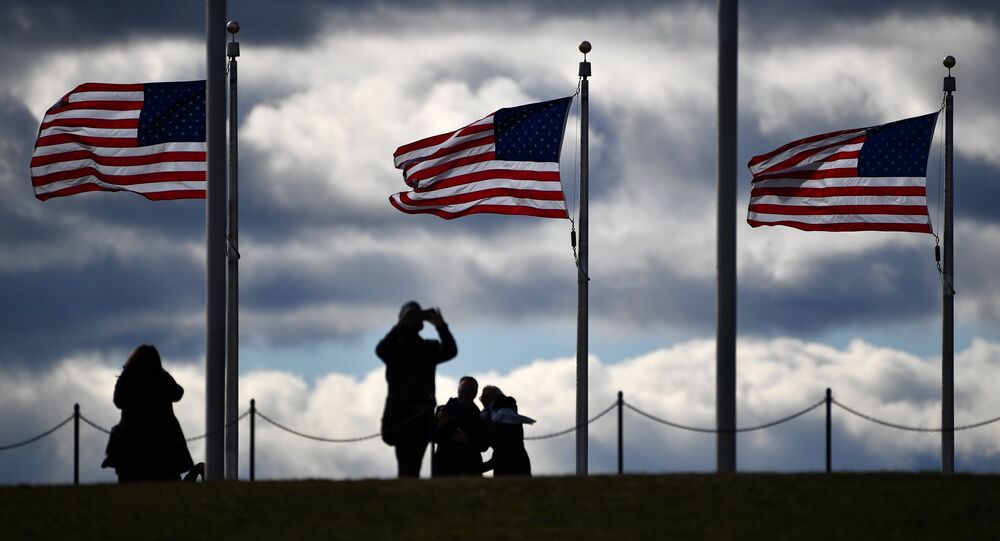 Qatar, which is host to Washington's largest airfield in the Middle East, has opened a military facility in the United States, a move that certainly carries diplomatic weight as the Gulf crisis is far from being over.

A new Qatari military mission in Washington started its work on Monday, following the inauguration ceremony organized by Qatar's Ministry of Defense.

The Ministry's Directorate of Moral Guidance stated that the establishment of the new military hub is aimed at boosting defense cooperation between Doha and Washington.

Defense Attaché Staff Brigadier General Yousef al-Kuwari, who represents Qatar in the new office, said that the mission's staff will include six officers and one non-commissioned officer.

© AP Photo / Osama Faisal
Qatar Spat Spurs US Military to Cease Some Joint War Games
Qatar plays host to the largest American airfield in the Middle East, al-Udeid, where about 10,000 soldiers are deployed.

In the context of the recent diplomatic crisis between Qatar and a number of countries in the Persian Gulf, Washington has tried to promote a dialogue between the conflicting parties.

Last week, US Secretary of State Rex Tillerson expressed hope that Saudi-led group of Arab countries and Qatar would return to dialogue to resolve the diplomatic conflict.

In early June, Saudi Arabia, Egypt, Bahrain and the United Arab Emirates broke off diplomatic relations with Qatar, accusing it of supporting terrorism and interfering in their internal affairs.

Through Kuwait, which is acting as a mediator in the crisis, the four Arab states, followed by a number of other Muslim countries, handed over an ultimatum containing 13 demands to Doha, but the country has refused to comply with them.