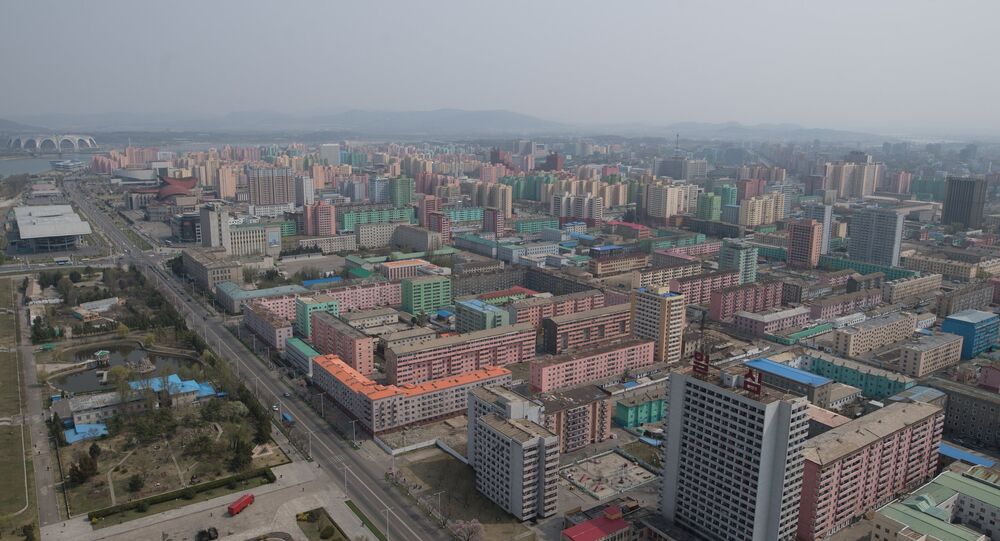 According to a plan issued by Beijing and Moscow proposing a way to settle the tensions on the Korean Peninsula, Pyongyang must stop nuclear tests, while Washington and Seoul should refrain from conducting joint war games.

"The settlement of the nuclear problem on the Korean peninsula through consultations and negotiations is a common wish of the international community, which is included in corresponding resolutions of UN Security Council. It is also in line with China's position," Shuang said at a briefing, adding that Moscow and Beijing maintain close intensive contacts on the matter.

"We express our support to Mr. [Sergei] Lavrov," the statement emphasized, referring to a recent statement made by the Russian foreign minister, who called for sticking to diplomatic means in order to prevent a military conflict, which would lead to humanitarian, economic and ecological disaster.

© Sputnik / Iliya Pitalev
Russia's Proposals With China on North Korea Crisis Settlement Still on Table - Putin's Aide
As tensions on the Korea Penunsula have further escalated in summer due to Pyongyang's several missile launches and a nuclear test, all conducted in violation of the UN Security Council resolutions, Beijing and Moscow have proposed a joint plan in order to settle the crisis. According to the so-called "double freeze" strategy that has so far been rejected by the US, North Korea should halt nuclear tests, while Washington and Seoul should refrain from conducting joint drills.

Recently, the Kremlin aide, Yury Ushakov, has reiterated that the plan "is still on the table" and urged all parties involved to consider it.

US Expects More Pressure on the DPRK From Beijing

A White House official has commented on Washington's expectations from Beijing concerning the settlement of the North Korean issue.

"I anticipate that President will seek to secure China’s commitments to exert more pressure on North Korea and top rebalance out economic relations," the official said on Monday.

During the course of the crisis, the US president has been calling on China, North Korea's largest trade partner, to apply more pressure on North Korea, with Beijing imposing a partial ban on imports from the DPRK. The Chinese Ministry of Commerce said in September that the country's imports from North Korea went down by 16.3 percent year-on-year in January-July 2017.

Most recently, Donald Trump praised Beijing's efforts by saying that the Chinese authorities "are closing off their banking systems to North Korea, they have cut the oil way down."