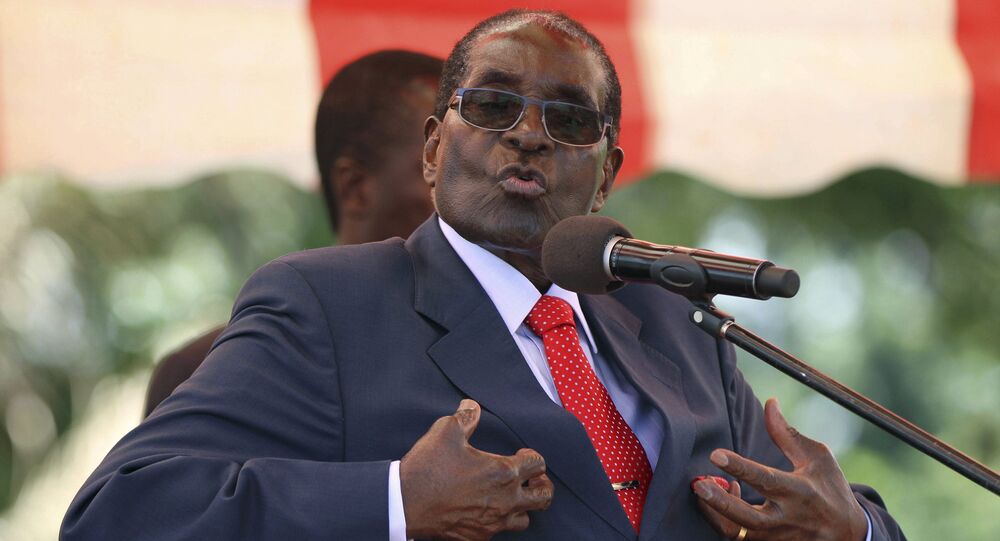 Mugabe's appointment has been criticized due to alleged human rights abuses in Zimbabwe.

MOSCOW (Sputnik) — UN World Health Organization (WHO) Director-General Tedros Adhanom Ghebreyesus has revoked the appointment of Robert Mugabe, the president of Zimbabwe, as the WHO goodwill ambassador responsible for tackling non-communicable diseases (NCDs) across Africa.

"Over the last few days, I have reflected on my appointment of H.E. President Robert Mugabe as WHO Goodwill Ambassador for NCDs in Africa. As a result I have decided to rescind the appointment," the WHO chief's statement said.

On Friday, the WHO director-general asked Mugabe, who is criticized for assaults on democracy and power abuse, to serve as WHO goodwill ambassador across Africa, helping to tackle NCDs, such as heart attacks, cancer and asthma. The decision has prompted criticism from a number of WHO member states and the general public.

Appointment of Robert Mugabe as WHO good-will ambassador is embarrassing. Expect @DrTedros to reconsider.

You should resign for appointing Mugabe in the first place. WHO has absolutely no credibility now. Too late, damage done. #WHOisWHO?

Of course Robert Mugabe has been appointed a WHO goodwill ambassador because this is 2017 and NOTHING MAKES SENSE ANYMORE.

The UK government stated that Mugabe's appointment risked overshadowing the WHO's global work, while the United States said that the appointment contradicted the UN's principles. The WHO director-general pledged to rethink the designation after a number of countries expressed harsh criticism and bewilderment regarding this assignment.

Incredible news. Award of.@WHO Goodwill Ambassador to Robert Mugabe, has been rescinded.
This demonstrates the power of public pressure.

Mugabe's designation did not go unnoticed in Zimbabwe either; the opposition condemned the assignment, pointing out the poor condition of health delivery systems in the country.

MUGABE does not deserve to be an Ambassador of any Health Institution even of a small rural clinic!

President Mugabe, in office since 1987, has been repeatedly criticized by various watchdogs and several Western states for violations of human rights and repression against Zimbabwean people. Mugabe has also been blamed for failure to tackle economic problems in the country, which led to the collapse of the health care system.